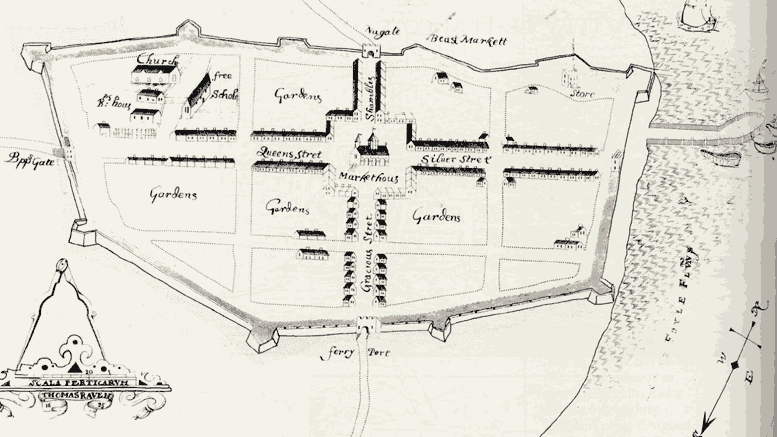 Derry is one of the oldest inhabited cities in the whole of Ireland and dates back to sometime in the 6th Century A.D.

With an abundance of history and heritage, some of which includes Vikings, Battles, and Irish Saints to name but a few, it is definitely a city which holds many tales and famous milestones. It is probably most famous for its association for St Columba and the Troubles, however, there is so much more to this bustling city than meets the eye.

Saint Columba soon left young Derry to build one of his most famous of Monasteries in the Isle of Iona, off the coast of Scotland. After his departure, this small settlement was burned to the ground a number of times by Norse Vikings who also had a settlement near the banks of the River Foyle; however, these Vikings were driven from the area by Aod Finlaith, Chieftain of Inishowen who would later become the High King of Ireland. It can only be assumed that after this defeat the Vikings left Derry alone and it prospered and thrived right into the middle ages as no other raids or Viking sieges have been recorded in its history.

Ironically, the future for Derry would be initiated by Aod Finlaith’s own descendant who would become one of the earl’s in the famous Irish Flight of the Earls. This occurred in 1607 after Hugh O’Neill surrendered to the English and was to be the beginning of the British influence in the province of Ulster until present times. With the last of the Earls fleeing for Spain, Derry’s strategic and picturesque placing became a desire for the English crown and so began a whole new era in the history of Derry.

The English start to occupy Derry

English occupancy saw more than 3 million acres of land in Derry taken over, native landowners who submitted to the crown were permitted to stay, however the majority of their land was taken over by the Planters (mostly protestant landowners who were given the land in response for their loyalty to the crown) and of those who wouldn’t submit to the crown they were simply drove out of the town.

Derry soon became a garrison town in the British Crown’s fight against the native Irish in their battle for control over the island. Its strategic placement upon the banks of the River Foyle made it an ideal location to receive ammunition. Derry was one of the most important towns in the Ulster Plantation era, a time which would lead to Belfast becoming the capital city of the region.

In 1613 James I ‘gave’ the town of Derry to the citizens of London, which would initiate the name Londonderry for the settlement. After this, the City of Derry would see many battles and sieges, the most famous being the Siege of Derry in 1688 when French and Irish armies fought together in the name of the Catholic King James II against the Protestant King William III, this would become known as the Williamite War.

Although the initial beginning and plantation of Derry is very historic and ancient, it is one of the most important areas concerning the Ulster Plantation as its history is well documented and recorded which gives historians large clues on the important parts of the City’s past ranging from the establishment of the early first settlement by Saint Columba to the establishment of Derry as a city during the early British occupation.

The Neolithic Period In Ireland