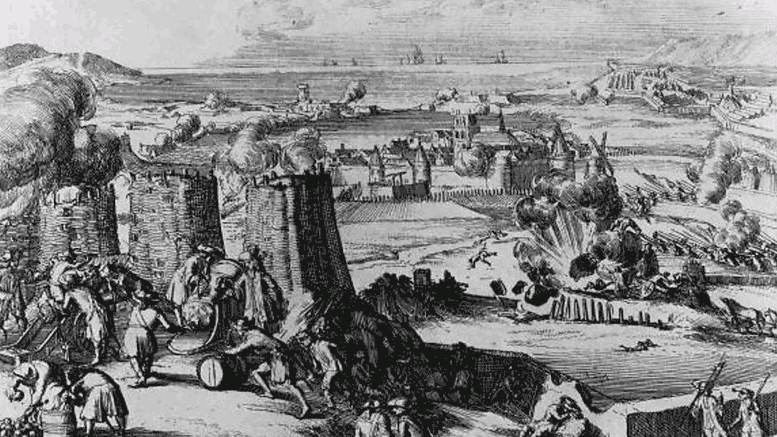 A major part of this growing city’s history, the Siege of Derry began when King James II of England, a converted Roman Catholic, had his power overthrown by his Protestant daughter Mary and her husband William of Orange in the Glorious Revelation, 1688.

King James’ Viceroy, Richard Talbot, began to ensure that all the strongholds in the country stayed loyal to King James and King James only. Near the end of 1688, The plantations at Derry and Enniskillen garrisons were the only two which were not completely loyal to King James. Derry, the walled city, gathered a lot of attention.

The 7th December 1688 seen the third Earl of Antrim, Alexander MacDonnell, marched with his army of 1200 men, otherwise known as ‘Redshanks’ towards the city of Derry. However, upon arrival, it is said that the Antrim regiment found the gates to the City locked. The tale goes, that 13 young Protestant boys spotted the army approaching and lifted the keys and locked the gates. This group of young men were to become known as the Apprentice Boys.

With the city well secured, the army had no choice but to set up camp, in the same area where the Creggan is found to be today. King James’ army reinforced the Antrim army, on the 18th of April 1688. However, the besieged city was not giving up easily and cried “No Surrender“. The city within the walls was well provided for with food and ammunition. However, with a growing population (going from around 2000 to around 40,000) the city soon started to starve and with a shower of iron cannons raining in from the army, things started to get worse.

The relief of Derry

It wasn’t until July 1689 that relief was brought in to thousands of people. It took three ships, The Phoenix, The Mountjoy, and The Jerusalem to ram down the barricades on the River Foyle. Once down, the people of Derry were given provisions such as food. Realising that the siege had now ended, the Jacobites (supporters of King James) retreated and so the Siege of Derry was finally over after a long and difficult 105 days.