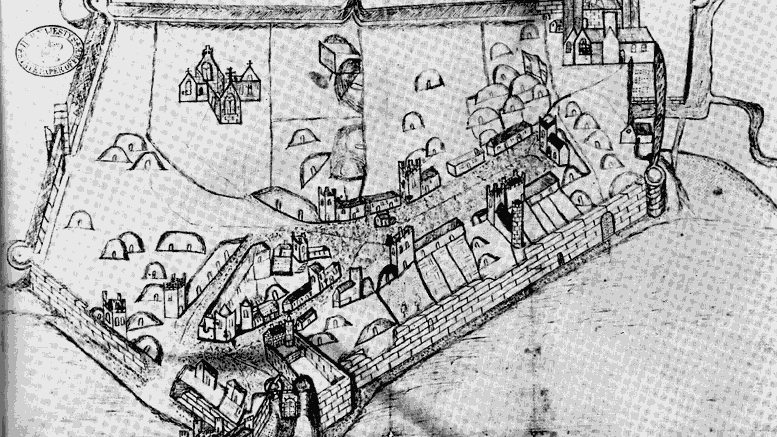 The Plantation of Ulster was part of the English conquest of Ireland, a method used to pacify and civilise the province.

Although plantations in Ireland had started in the 1500s the Ulster Plantation did not start until after the fall of the last Irish Chieftains in 1603.

After the surrender of Hugh O’Neill, he and the O’Donnell’s of Donegal boarded a ship in Lough Swilly bound for the continent never to return. The Flight of the Earls effectively deserted Ireland to the fate of the Dublin administration who put an end, once and for all, to what they saw as Gaelic barbarism. They claimed both O’Neill’s land and the O’Donnell’s land in the name of the crown.

This rich fertile land, which measured over two million acres, was divided into plantations and given to loyal English and Scottish Protestants. Whereas the native Irish people were left with land, (measuring less than half the area given to the Protestants) that was poor and lay high in the hills. This type of colonisation achieved the same effect that the government plantations already established in the west.

The English and Scottish settlers cleared areas of woodland and built towns using modern architecture. This was to prove fruitful as commerce improved greatly.

The nine years war had been bravely fought to preserve the Gaelic laws and traditions but ultimately they had lost and the face of Ulster had changed forever. The Protestant kingdom was at the time a modern and well-developed nation. Its people were loyal to the crown, a far cry from the Gaelic regime which had shared its loyalties between different local clans.

This difference in political loyalties were the seeds of the trouble that was to plague Ireland until to-day.

The history of Ulster Plantations