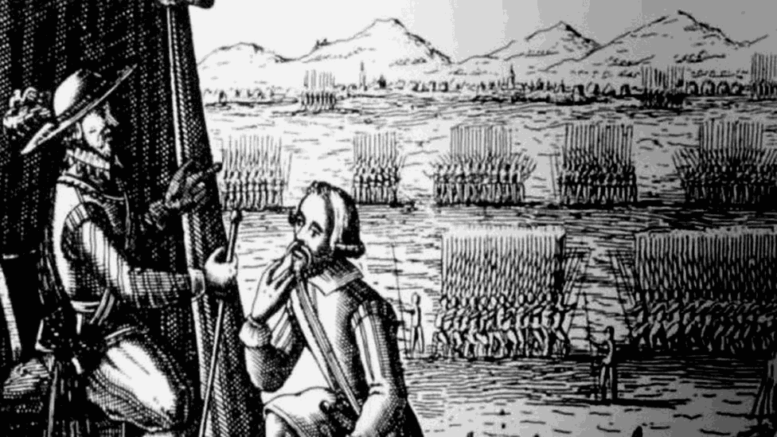 The 14th September 1607 was to become an important date in Irish history and one which continues to baffle even the most experienced and knowledgeable of historians.

The date remembers the day that the two remaining northern Earls of Ireland, along with nearly 100 family and followers, fled the small country to Spain, with no reason or explanation but with a lot of haste. The actions of the two were to become known as The Flight of The Earls and would be one of the most perplexing stories in the history of Ireland’s fight for independence.

The Earl of Tyrone, Hugh O’ Neill and the Earl of Tyrconnell, Rory O’Donnell the brother of Red Hugh O’Donnell, were the last two remaining earls that held even the smallest amount of power in the north of Ireland.

Huge O’Neill surrendered to the English in 1603 after facing defeat in the Battle of Kinsale in 1601. He had settled down in the north however most of his land and authority was removed and replaced by more Loyalist characters. Both he and O’Donnell had succumbed to British power and therefore became Earls of Tyrone and Tyrconnnell, however, it wasn’t long before the restricted incomes, lesser status, and overwhelming pressure from the crown began to take its toll.

O’Donnell along with a clan of O’Neill’s allies, the Maguire’s, decided to seek help and support from the English enemy, the Spanish. Spain was known to Ireland as they had sent an army to help with Battle of Kinsale in 1601, which proved to be the defeat of the Irish against the English Crown.

O’Neill learned of O’Donnell’s plan and soon joined in on the plan with little other options. So, with the fear of an arrest of treason looming, the two Earls and most of their families and followers boarded a ship in Rathmullan, a small village on the banks of Lough Silly in Donegal, in the dead of night and made their journey towards the European Continent.

First, they disembarked in France and then continued on to Spain. O’Neill and O’Donnell had both planned to return to Ireland with their Spanish allies, to invade their country and get rid of the enemy and reclaim their lands, however this was not to be as both Earls died in their exile, O’Neill died in 1616 and O’Donnell died only a year after his arrival in Spain, 1608.

Whatever caused these, once influential and powerful men to leave the Island that they had fought bloody battles for it was to mark the final take-over of Ireland and to introduce Ulster to the North, subsequently starting a completely new Era to Ireland’s history.