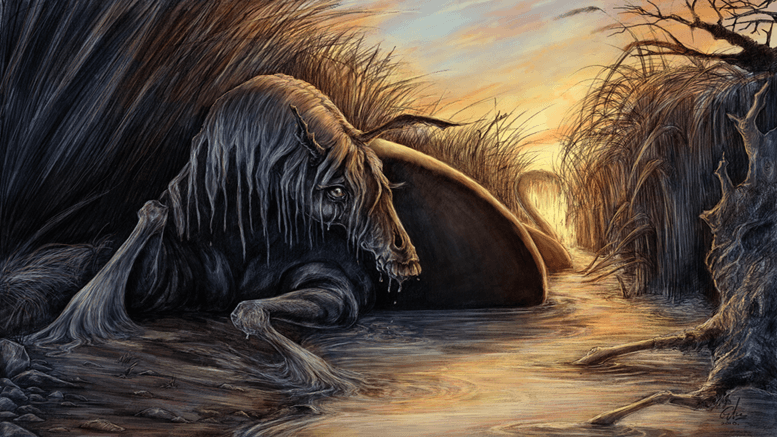 Many of the Irish legends are made up of stories about adventures, great battles, voyages, invasions and gods but today we categories them into 4 main cycles: The Mythological Cycle, The Finn Cycle, The Ulster Cycle and The Historical cycle.

The Mythological Cycle of Irish legends is made up of stories about former gods and the origins of the Irish. One of the most popular stories from the Mythological Cycle would be Children of Lir, a tragic story of a step-mother jealously over 4 children that she had turned into swans. Other stories from this cycle include The Wooing Of Étain, Cath Maige Tuireadh and The Dream of Aengus.

Although The Mythological Cycle is the least preserved out of all the Irish Legend cycles sources can be found in Metrical Dindshenchas or Lore of Places and the Lebor Gabála Érenn or Book of Invasions.

The Fenian Cycle is also referred to as Finn Cycle or Finnian Tales and is stories based around the Irish mythical hero Fionn mac Cumhaill and his warriors, Fianna Éireann. The Fianna Éireann was warriors who lived in forests as mercenaries, bandits and hunters.

People also refer to the Fenian Cycle as the Ossianic cycle as Fionn mac Cumhaill’s son, Oisín, was supposed to have written most of the poems found in the cycle.

The famous story Salmon of Wisdom is part of the Fenian Cycle. This is when Fionn is admitted to the court of the High Kings at Tara after passing three major tests which then he became the leader of the Clan Bascna. Fionn mac Cumhaill went onto be the leader of the Fianna Éireann after killing a goblin by the name of Aillén mac Midgna. Every Samhain Aillén would terrorize the people on the Hill of Tara by playing music on his harp leaving every warrior helpless. Fionn used a magic spear that left him immune to the music and killed the goblin.

The Ulster Cycle is about legends and heroes of Ulaid, eastern Ulster and northern Leinster. They are written in manuscripts from the Medieval period but some early stories can be dated the Early Christian period in Ireland. Events in the Ulster cycle are to have taken place during the time of Christ with some historians believing the Ulster Cycle to be historical when others believed they were actually purely mythical.

The most important story of the Ulster cycle was the Táin Bó Cúailnge (Cattle Raid of Cooley). The story tells of a war against Ulaid (Ulster) by the queen Connacht Medb Medb and her husband Ailill. They set out to steal a stud bull by the name of Donn Cuailnge.

There is also Deirdre of the Sorrows that tells a story of beauty, lust, and the death of Ireland’s most beautiful woman.

During the medieval period in Ireland, professional poets (bards) would record the history of the family or king they served. They did this in poems mixed with mythological and history resulting in stories that make up the Historical cycle.

Stories from the Historical cycle included High Kings such as Labraid Loingsech or Brian Boru and also included stories such as The Frenzy of Sweeney (Buile Shuibhne).