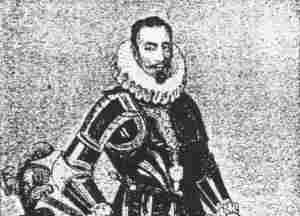 The long march of O’Sullivan Beare was a daring mission to flee invading English forces to seek refugee from Irish clans in the north of Ireland. The O’Sullivans had 400 soldiers to protect 600 women, children, and servants who faced certain death on this dangerous march.

The Beara Peninsula (Béarra) is a place of great natural beauty straddling the borders of West Cork and Kerry in the south-west of Ireland. It is also part of the ancestral homeland of the O’ Sullivan clan who are able to trace their ancestry to the Eoghancht of Munster.

The two main septs of the clan are the O’ Sullivan Mór and they held the area now known as the Ring of Kerry. The baronies of Beare and Bantry were held by the O’ Sullivan Beare who came to prominence during the 16th century.

During the Elizabethan period, the leadership of the sept had fallen to Domhnaill Cam Ó Súileabháin through the English law of primogeniture, which asserts the rights of the first son to inherit titles and properties. He assumed the title Daniel Cam O’Sullivan, Prince and 1st Count of Berehaven in 1587 when he was approximately 26 years old.

In 1600 O’Sullivan joined with Hugh O’Neill and Hugh O’Donnell to fight against the English. They believed that Spain would be able to help but after a Spanish force capitulated at Kinsale in 1601 the Irish were left to their own devices.

The English under Sir George Carew, well known for his ruthlessness, moved against the O’ Sullivan castle at Dunboy in 1602. A fierce battle took place and Carew killed all 143 defenders. Daniell O’Sullivan was at the castle of Ardlea and realised what would now happen to him and his family. He decided that he would head north to O’ Neill lands.

The start of a long march

On the 31st, O’Sullivan began a march out of Glengarriff and with him he had 400 soldiers and 600 women, children, and servants. Their haste was so desperate that they had only one day’s provisions. On the second day of the journey, the convoy was attacked from the rear as they crossed a ford near Liscarroll by a party of pro-English Barry’s from Buttevant. Four O’Sullivans were killed before the ambushers were driven off.

The convoy continued north over the Galtee mountains and through Tipperary. They suffered frequent attacks from their enemies but were successful in driving them off. During this part of the march, O’ Sullivan’s wife had to give her 2-year-old son into the safe-keeping of a servant. This servant was able to escape and afterwards get the child safely to Spain.

On the ninth day of their trek the convoy, closely pursued by their enemies, crossed the Shannon near Portland in north Tipperary. They used the skins of a dozen horses to make curraghs and they carried the flesh for food. As they crossed the river they were attacked by Donough Mc Egan, the sheriff of Tipperary, who tried to throw some of the women and children into the river. O’Sullivan killed the sheriff himself and the pursuers fled leaving many dead.

Their journey now took them through O’Kelly lands and here they had to fight many skirmishes. They also raided the villages in the search for food.

At Aughrim, the O’Sullivans were attacked by a large force of English. They managed to defeat them and killed their captain Henry Malby. After this, as they advanced northwards they were harried by MacDavid Burke who did not want them on his lands.

Escaping from Burke the ever-diminishing band came to the forest called Diamrach, or loneliness. Here the local people were friendly and supplied them with food. It must be remembered that this was the depth of winter and that by the time they reached the Curlew mountains the snow was falling heavily. Hunger and the cold, as well as their pursuers, were taking their toll on the diminishing band. They crossed the mountains on foot, those able to, had to carry the less able on their backs.

Fourteen days after he had led his convoy of 1,000 followers out of his own land, Daniell O’Sullivan reached the territory and protection of the O’Rourkes of Breffeny. Only 35 of them entered Leitrim Castle. Later a few more would drift in but the vast majority had fallen to their enemies, hunger and exposure.

O’Rourke sheltered O’Sullivan Beare and his band until he was able to help them obtain passage to Spain. In that country, Daniel O’Sullivan was greeted by the King and who treated him as a royal prince.

The Battle of Glenmalure in 1580