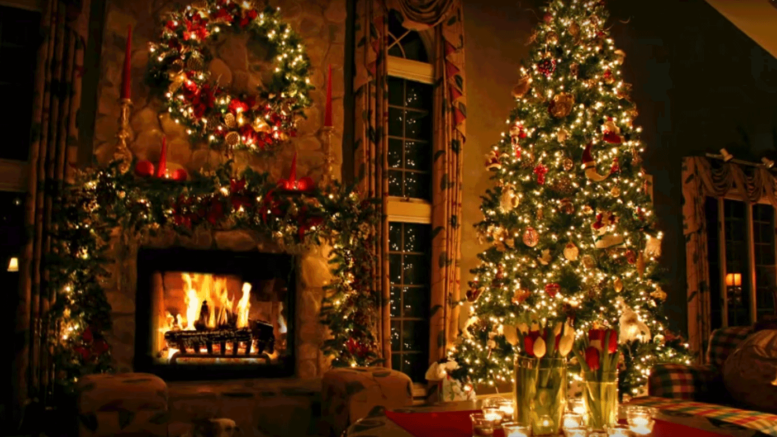 Traditions during Christmas in Ireland have been passed down through family generations. However, a more modern approach to celebrations like the 12 Pubs of Christmas or the traditional Christmas day swim have gained popularity over the past few years.

There are various ways the Irish celebrate Christmas. For most, its about spending time with loved ones, gift-giving, and enjoying good food.

Most villages, towns, and cities decorate the streets with holy symbols, lights and a large Christmas trees. These are usually located in the heart of the community. Churches build cribs to display the birth of Jesus and the arrival of the 3 Kings.

Christmas decorations in the Irish home

Most, if not all, Irish families decorate their homes with lights, tinsel, and baubles. A Christmas tree is usually erected in the family home on the first day of the holy advent calendar. However, a popular superstition in Ireland is putting up Christmas decorations before December 8th will bring bad luck.

Whenever the tree does go up, its usually beautifully decorated, with an angel on top, and presents underneath.

In Old Ireland, so to speak, holly and ivy were used to decorate the Irish home. This was before the Christmas tree was introduced. It was believed the more berries on the holly, the better luck in the new year. Today many families still tend to hang holly in their homes, although the Christmas tree remains the main centerpiece.

A large candle is placed in the front window of the family home, to symbolize guidance for Mary & Joseph before the birth of Christ. The symbolic candle is explained to the children but they are also told the candle helps Santa find his way to their home.

Many homes will place Christmas ornaments on the fireplace and tables. Such ornaments consist of angels, elves, snowflakes, Santa’s and anything else that would represent Christmas. There is no special reason behind the display of Christmas ornaments, only that it helps with the atmosphere of such a special holiday.

With Ireland being considered as a country with strong ties to Christianity, many families attend church together on Christmas day. A Vigil Mass is usually held at Midnight and involves each member of the congregation lighting a holy candle blessed by the bishop or high priest. Some churches will have traditional Christmas carols such as The Wexford Carol during their midnight service.

Probably the best time during Christmas for the kids is in the morning. This is when they are allowed to open their new presents that arrived from Santa. It’s a big competition for Irish children to see who can wake up the earliest. Seeing what gifts Santa has left under the tree.

The feast of Christmas is celebrated in Ireland with a large meal fit for a king. It is the biggest meal cooked in a family house-hold out of all meals throughout the year.

In more modern times Children are given a Selection Box, a selection of Chocolate bars. Families are strict that everyone must eat their Christmas dinner before receiving their selection box. A lot of families tend to spend the rest of the evening in front of the television. Watching some of the best Christmas movies such as Darby O’Gill and the Little People, The Quiet Man, or even It’s a Wonderful Life.

St. Stephen Day (also known as Boxing Day) is another important day celebrating Christmas traditions; it is the day after Christmas Day. Most Irish families will treat St. Stephen’s Day as a day of rest. Some will visit their local church and also celebrate with another large meal. St Stephen’s Day may also bring relations to the household to join in on the Christmas celebrations.