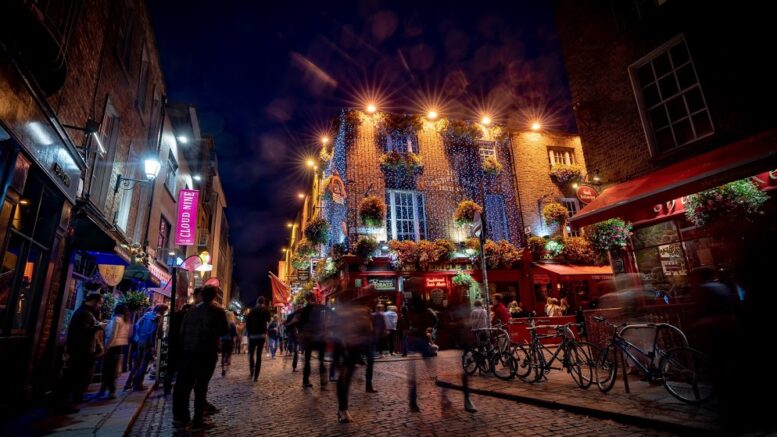 What is the 12 Pubs of Christmas?

As you can imagine, 12 pubs and a lot of drink is a recipe for disaster but it could be the greatest night of the year.

Planning the 12 Pubs of Christmas

There really isn’t too much planning involved with the 12 Pubs of Christmas. The basics of what you should know beforehand is really the who, the when, the where, and the rules for the night. If you are looking to travel to another town or village for the celebration then, of course, a little more planning is involved, we’ll just stick with the basics.

The who – Draw up a list of people who should be invited but remember, think twice about inviting that mate who’s a bit too mad on the drink,  for the sanity of the group. There is no strict size to how many people be part of the group but the larger the group the more chance you’ll be refused entry to certain pubs.

The where – Knowing which 12 pubs that should part of the celebration are important. Decision making after a good few drinks is usually impossible so having a list before consumption is highly advisable.

Unfortunately, pubs around the country are starting to ban party-goers of the 12 Pubs of Christmas so it’s a good idea to check with each pub before-hand. If entry is refused, be respectable at the publican’s wishes and just move onto the next pub in your list.  There is also no harm in staying in one pub rather than going to 12, turn the night into the 12 Pints of Christmas instead.

The when – Usually held on the last week running up to Christmas not everyone will be available so make sure to give everyone plenty of notice. The date selected should really come down to the decision of the group.

The rules – without rules the 12 Pubs of Christmas is simply a pub crawl, a normal weekend for some, so having some mad rules about how the group should participate adds a bit more fun.

The rules for the 12 Pubs of Christmas

There are no set rules for the 12 Pubs of Christmas but it’s usually a good idea to at least have some of the basics in place.

Some of the more popular rules include:

No rules are set in stone so be imaginative but also be considered of other pub-goers and the bar staff.

Breaking rules of the 12 Pubs of Christmas

Just like the rules, there are no set punishments so it really comes down to the imagination.

Some common punishments for breaking the rules:

Having a Christmas celebration to remember

Doing the 12 pubs of Christmas really is binge drinking but rather than give out a tsk, tsk, tsk of disapproval we’d rather give some friendly advice.

If you do take part in the 12 Pubs of Christmas always remember, have a good time and don’t take the rules too seriously.