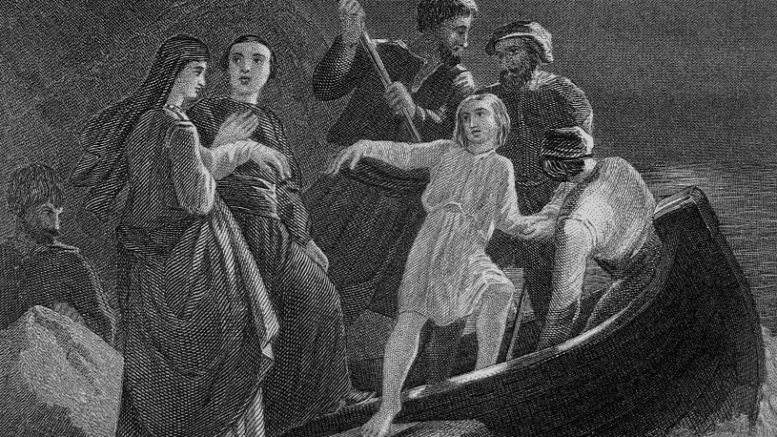 Following the battle of Affane in 1565, Elizabeth I of England admonished her cousin, the Protestant Earl of Ormond, Tom Dubh (Black Tom) Butler and imprisoned the Catholic Earl of Desmond, Gerald FitzGerald and his brothers James and John.

The Desmond estates were placed into the hands of James Fitzmaurice FitzGerald, the Earl’s cousin, for safe keeping. From the outset of his tenure he experienced with growing resentment, interference in Desmond’s affairs by the English Authorities and by the continuing plantation of English settlers in Munster the southernmost province of Ireland.

By 1569 Fitzmaurice’s anger finally exploded when he and his ally Donal Mac Carthy Mór, attacked the colony of Kerrycurihy and then the city of Cork. He also set about punishing those Irish nobles who had refused to support him.

He next turned his attentions on Kilkenny, the seat of the FitzGeralds’ traditional enemy the Earl of Ormond which he laid siege to. The English response was quick. The Queen’s Deputy in Ireland, Henry Sidney ordered troops by sea to Cork and a land force marched south from Dublin.

Black Tom Butler, the Earl of Ormond who had been in London returned post-haste and called back any Butlers who had thrown their hand in with the Geraldines and MacCarthy Mór. Butler also called on the support of those clans that did not support the rebellion.

The English attacked and devastated the lands of those Irish who supported the FitzGeralds. The Governor of Munster, Sir Humphrey Gilbert, in particular, was to become infamous for the cruelty which he meted out to the Irish, unmindful of their age or sex he would decapitate men women and children and line the path to his camp with the heads.

The rebellion took on a religious aspect when in 1570 Elizabeth I was excommunicated officially by the Pope. Eventually, the English were able to drive the rebels back into Kerry where they managed to fight a guerrilla type war for another two years. Eventually by 1573 however, the rebel force was forced to seek terms of surrender and James FitzMaurice managed to obtain a pardon.

In the aftermath of the rebellion, FitzMaurice was to lose any lands that he had previously held. The Queen and her Lord Deputy allowed the Earl of Desmond his freedom and property in the hope that he would settle the situation. However, there were many repercussions and executions following the English victory that would ensure a lingering resentment amongst the Irish In the aftermath of the rebellion.

James FitzMaurice lost any lands that he had previously held and in 1575, he left Ireland for the continent in the hope that he could win support for his cause from Catholic Spain, the Pope and France.