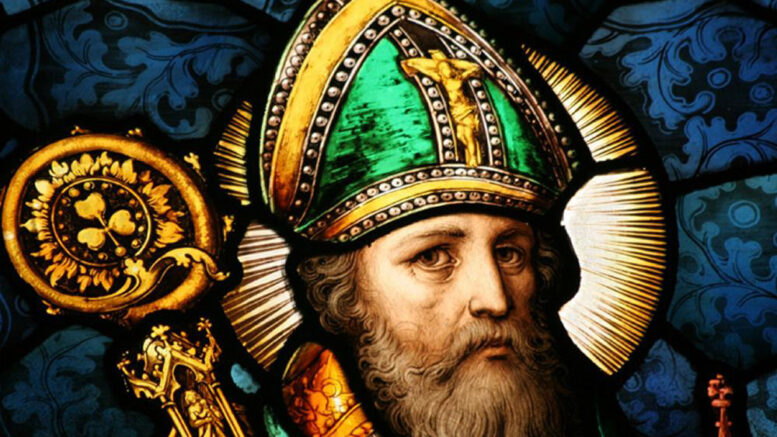 When St Patrick arrived in Ireland it was a time before written records. Many stories of St Patrick were passed by word of mouth and became known as myths, legends, or folklore. The last serpent in Ireland is just one of the many tales that have been passed down from generation to generation.

The serpent at the river Shannon

After St Patrick destroyed the worshipping of the pagan god Crom Cruach and chased all snakes from Ireland he traveled to the River Shannon in today’s County Leitrim.

To cross the Shannon St Patrick approached stepping stones at a small ford but he and his followers were stopped in their tracks by a large serpent. It took everyone by surprise because they believed he had already banished all snakes from Ireland.

The locals believed the serpent made his way up the river Shannon from the sea and they were absolutely terrified of him.

His body was twice as thick as a large oak tree, blacker as the hounds of hell and his two large eyes were as red as blood. When the large serpent moved the swell of water would disturb the entire river leaving the water muddy for miles.

Over the years people died at the ford with many believing they had fallen victim to the monster serpent.

When Patrick approached the serpent everyone cried out to warn him of the danger but the Saint had no fear. Using his hooked staff he caught the serpent and chained him to where the river Shannon meets at 3 points. It would be here the serpent would remain until the day of judgment.

Locals believe the devil took the form of the serpent to stop St Patrick and would appear every seven years.

About this folklore story

This tale is inspired by the writings of a pupil at Corderay school in Shancurry, Co. Leitrim. With thanks to the Schools’ Collection of duchas.ie for preserving such a tale.