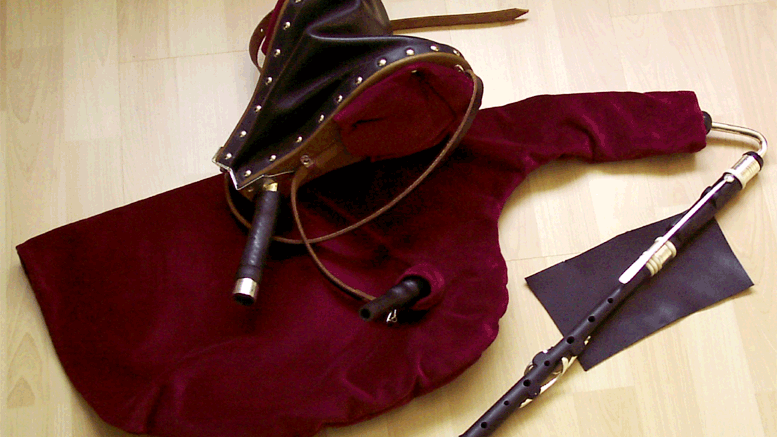 The Uillean pipes are known as the national pipes of Ireland and they were originally known as the Union Pipes.

How the Uillean pipes work

The Uillean pipes have a system much like the bagpipes. However, the bag is inflated by a set of bellows which are strapped around the waist and right arm. The bellows relieve the player from having to make the effort of blowing into a bag to maintain pressure. They also allow mostly dry air to power the reeds. Some pipers need to concentrate on playing the pipes but there are some who can sing or converse while playing.

The history of Uillean pipes

Apparently, the first bagpipes used in Ireland were very similar to the pipes in the highland area of Scotland. They are known as the “great Irish war pipes”. In Irish and Scottish Gaelic the instrument was called píob mhór, meaning ‘great pipe’. “The Warpipe”, was well known on the battlefields of France, however, the Pipe vanished in Ireland, because playing it was outlawed by the English.

These Irish pipes would have been about the country around the beginning of the 18th Century, and they have been recorded in history through carvings and pictures.

The earliest surviving set of Uilleann pipes dates from the second half of the 18th century however the dates are not yet officially correct due to lack of evidence. It has only been in recent that historical and scientific research has paid attention to this instrument, a lot of its history is yet to be uncovered.

Bagpipes are often played at Irish weddings, funerals, other formal services, they are also played, “ in honor”, as were the bagpipes which were always played in great battles.

They go right back into Ireland’s history and have brought music to the ears of people here for centuries.

How To Cook Irish Poundies

How To Make Yellow Man