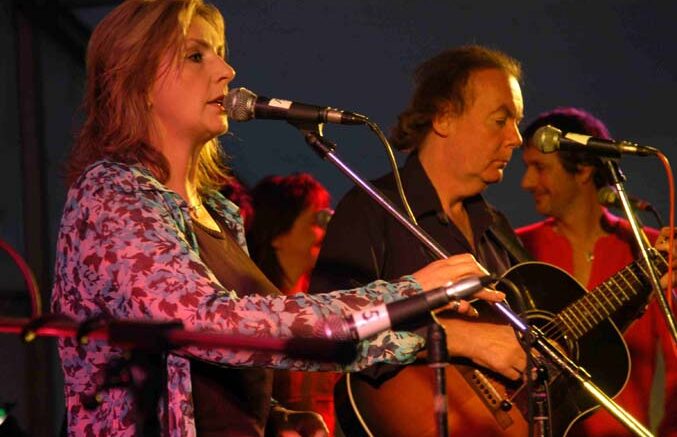 Clannad is a traditional Irish folk group formed in 1970. Hailing from the wildness of the northwest of Donegal, Clannad has become one of Ireland’s most respected and treasured musical groups. With deep Celtic tones and haunting melodies, Clannad has seen huge success in both Europe and across the water in America.

The forming of Clannad

The group found its origins in the family pub in Gweedore, County Donegal. Maire, Pol and Ciaran Brennan sang in their father’s establishment, Leo’s Tavern, in the early childhood years and continued to do so until they were joined by their uncles Padraig and Noel Duggan.

Clannad played at various folk festivals until in 1973 they released their first album, Clannad. Although they had a strong following in Ireland it wasn’t until they toured Germany in 1975 that they got the recognition they deserved.

Five years later the group welcomed the new addition of their Sister and Niece to the group, Enya. However, although Enya only stayed with the group for two years before she left to pursue her own solo career, she does a feature on Clannad’s 1982 album Fuaim. It was later in this year that the group became known to the U.K music market and their success was sealed with their ‘Theme from Harry’s Game’ for the hit television show Harry’s Game.

The group achieved a top-five hit with this single in the U.K charts and they were awarded the much revered Ivor Novello Award. With this success, Clannad released another album, Magical Ring the following year. This was followed up by the group winning a BAFTA in 1985 for their soundtrack, Legend which they released for the television series ‘Robin Hood’ which was screened in 1984.

The 1985 album Macalla included In a Lifetime, a song in which Maire and Bono from the Irish rock group U2 form a duet. This track became so popular for the group it charted twice within three years and it was followed with Sirius.

The group continued with their chart success after releasing Past/Present ( reaching number 5 in the U.K album charts) in 1989 which saw them develop a compendium of five albums from 1982. This once again highlighted not only the previous success but the talent and variation in the style of music that the group had the ability to generate.

With Clannad’s ability to create beautiful and expressive music the BBC commissioned the group to create a soundtrack for its documentary series ‘The Natural World: Atlantic Realm’. The album soon became an instant chart success and the following year released their twelfth album Anam in 1990.

With their popularity at great heights in the European music market, it was the usage of the Theme from Harry’s Game in the Hollywood blockbuster Patriot Games starring Harrison Ford. 1992 brought the USA’s attention to the Irish folk group. Clannad then experienced a whirlwind of commissioned work for soundtracks of big-budget movies such as The Last of the Mohicans and later, Message in a Bottle.

In 1993 the group celebrated their 20th anniversary together. This significant occasion was crowned with the musical ensemble finding themselves at #5 in the album charts with Banba. The Banba and the Lore album of 1996 both received nominations for the Grammy awards. However, it was in 1998 with their Landmarks album that seen Clannad receive their first Grammy award. For a time after there was quietness for Clannad were not much touring or live appearances took place. In 2003 The Best of Clannad: In a Lifetime was released becoming their biggest selling album.

The group worked on separate music projects but made an appearance together in 2007 during the Celtic Connections Festival in Glasgow. By 2008 they started a UK tour, their first in over 12 years.

Clannad coming from the Irish word for family ‘clan’ have no doubt paved the way for other Irish artists such as  The Corrs and the extremely popular Celtic Woman band. With the mysterious lilts in Maire Brennan’s voice and the evocative harmonies, with which the band plays, that Clannad is definitely an Irish group that is worthy of having on your CD list.