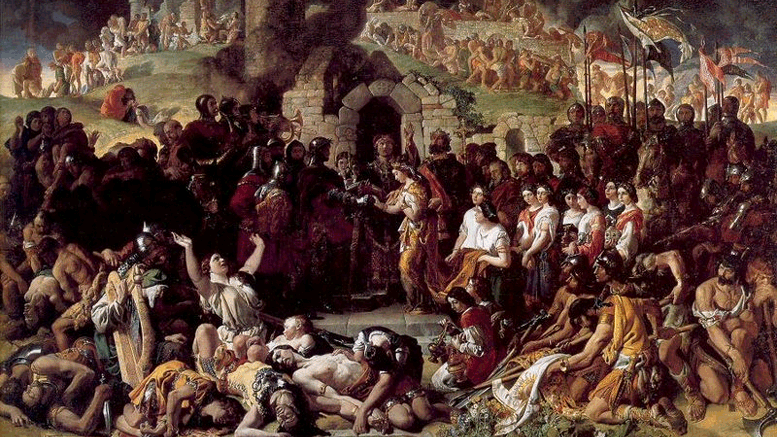 The Medieval Period or Middle Ages occurred after the Golden Age Period in Ireland. People were already coming from all over Europe to study in Ireland’s monasteries, to trade and even settle.

Life in Ireland wasn’t perfect as there had been internal feuds with the clans who had control over different areas. Ireland had been split into several large Kingdoms with lesser Kingdoms and Dynasties being established so there would always be some sort of dispute of who owned what land.

A great cause for concern though came when ruthless warriors known as Vikings started arriving in Ireland, Britain, and France. These Vikings were amazing sailors who would travel from places such as Denmark, Norway, and Sweden using well-built longboats. After first arriving in Ireland at approx 795 AD they would continue to arrive for the next 200 years, some to settle with others to plunder what they could find.

The Vikings would attack Irish monasteries and raid them for their gold but they would also create longphorts that would later become the Viking settlement of Dublin, Limerick, Cork, Wexford, and Waterford.

It wasn’t until one of Ireland’s largest battles took place that would see the Vikings lose any power they had in Ireland. In 1014 Brian Boru and his men had won the great Battle of Clontarf and although Brian had been killed it made major changes in Ireland and brought peace for a number of years after.

The next invasion on Irish soil was not from the Vikings but from the Normans in 1169. This invasion would leave England to be embroiled in Ireland’s affairs hundreds of years after right up to the current day.

Timeline of the Medieval Period in Ireland