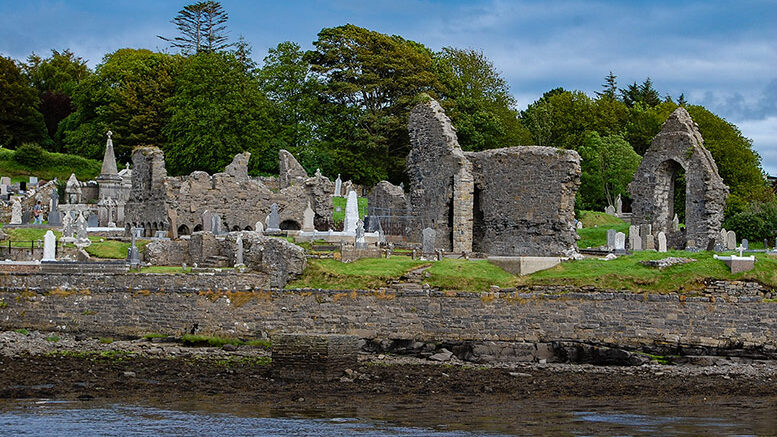 Donegal Friary is in Donegal town, on the water’s edge at the entrance of the harbor. The O’Donnell clan built the Friary in 1474 with support from the Franciscan order. An explosion devasted the friary in 1601.

The O’Donnell dynasty was a powerful and ancient Irish family in the kingdom of Tír Conaill, present-day Donegal. They built several castles to defend their lands, including the impressive Donegal castle constructed in 1474.

The mother of Hugh Roe O’Donnell, Lady Nuala O’Connor, heard of a meeting by the Franciscans in Galway. She traveled to Ross Errilly Friary and interrupted the meeting to plead in establishing a settlement in the Kingdom of Tír Conaill. At first, they rejected her plea so firing back she said

Have I made this long and painful journey only to meet with a refusal? Beware of God’s wrath! For to Him, I will appeal, that He may charge you with all the souls whom your delay may cause to perish.

Without refusal, the Franciscan’s agreed and sent a group to follow Lady O’Connor back to Tír Conaill.

After the new Franciscan’s arrived in Donegal the King agreed to the construction of the friary in 1474, the same year construction of Donegal Castle started. Work began immediately with the approval of its location, on the banks where the River Esk meets Donegal Bay.

The friary was of typical Franciscan design. A church built by the south wall, a garden in the middle and conventional buildings to the north. The Friary had a covered walkway called a Cloister and local legend says a tunnel existed between the friary and castle. No physical evidence of a tunnel has ever been discovered.

The importance of Donegal friary 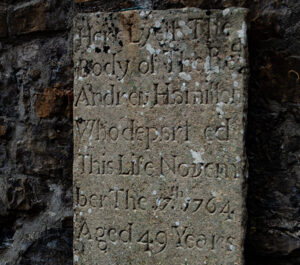 The Medieval friary of Donegal played an important role within the community and the O’Donnell’s would use the location for important meetings. Political treaties between the O’Donnell clan and the O’Connors were signed at the Friary in 1539.

Donegal Friary was also the final resting place for family members and respected allies such as Cú Chonnacht Maguire (lord of Fermanagh). When Nuala O’Connor died in 1493 she was interred below the altar of the Church at the friary. The remains of Hugh Roe O’Donnell were buried within the grounds of the friary after his death in 1505.

With support from the O’Donnell’s, a powerful and wealthy clan, the friary and surrounding area flourished with activity.

By the mid-16th century, the English established the Crown of Ireland and introduced the Tudor plantations. For most of the 16th Century, the friary at Donegal went untouched, protected by the O’Donnell’s and the gallowglass mercenaries from Scotland.

The fall of the Donegal Friary

When Hugh Roe O’Donnell was only aged 15, English forces kidnapped him and jailed him at Dublin Castle in 1587. A year later English forces entered the friary. They plundered its valuables, caused damage to the site, and killed Thady O’Boyle, an Abbott at the friary.

Hugh Roe O’Donnell escaped Dublin castle for the second time in 1592. Assisted by his father-in-law, Hugh O’Neill, 2nd Earl of Tyrone, he escaped to the Wicklow mountains. O’Donnell made his way back to Donegal, expelled the English forces from the friary and allowed the Franciscans to return.

By 1596, the Donegal friary was one of few religious buildings in Ireland that weren’t defeated by the English. A superior from the friary appealed to King Philip II of Spain for financial aid to assist with much-needed repairs. Three years later the King of Spain sent an ambassador with gifts and to visit the friary.

The destruction of the friary

On the morning of September 20th, 1601, an explosion rocked the friary. Badly damaged it required much-needed repairs. However, plans to repair the site was terminated after the O’Donnell’s and O’Neill’s fled Ireland during Flight of The Earls in 1607. Without Irish leadership in Donegal, the Franciscans left the friary and settled on banks of the River Drowes. From here they compiled some of the Annals of the Four Masters.

Donegal Castle and the friary was handed over to Sir Basil Brooke, an English Captain operating in Ulster during the Nine Years War. Brooke repaired the castle using whatever materials he could salvage from the friary.

Without protection from Irish chieftains and harassment from English forces, the Franciscan community left the area by 1740.  This was now becoming the end of the golden age in Ireland, a life of abbeys, monasteries, and friaries. Scholars salvaged old Gaelic manuscripts and created a beautifully decorated medieval bible known as The Annuals of the Four Masters.