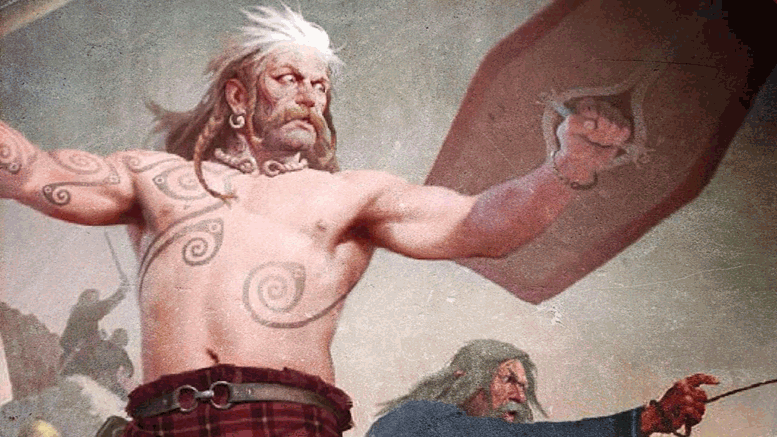 In the early stages of the Iron Age period, a new culture started to evolve across Europe, the Celts. When the Celtic culture reached Ireland its influence would have a lasting effect for years to follow.

When did the Celts arrive in Ireland?

Before the arrival of Christianity in Ireland, there was no actual written history so it’s very unclear exactly when the Celtic culture arrived in Ireland. The first sign of any Celtic influence to reach Ireland dates between 800BC and 400BC but this is often debated.

Did the Celts invade Ireland?

There is a general belief that the Celts invaded Ireland just like the Vikings or Normans did in the Medieval period in Ireland. We imagine big Celtic warriors swinging their swords and causing chaos. However, there is no direct evidence to support a large invasion as their culture arrived in various stages and their migration was a lengthy process.

It was most likely that the influence of the Celts arrived in Ireland from travel and trade with places Britain and Europe. Overtime the spread of the Celtic language, artwork, Ironwork, etc would finally find its way into Ireland.

A Celtic scholar T. F. O’Rahilly based a study on influences on the Irish language and a critical analysis of Irish mythology and pseudohistory. This was called O’Rahilly’s historical model and could give us some understanding of Ireland’s Celts. His study has been the topic of debate for many historians.

O’Rahilly came up with how the Celts may have invaded Ireland in four separate waves:

The first group of Celts that arrived in Ireland approximately 700BC were named Priteni. They settled in parts of Ulster and Leinster but would later be replaced by other tribes.

The second arrival wave was the Bolgic’s who arrived around 500BC and would take control of nearly half of Ireland. Four tribes of the Bolgic’s included:

The Laginians who were the 3rd group to arrive, around 300 BC, settled in the west coast, what is known today as the province of Connacht. They had also taken over the Leinster area. It was also around the same time the La Tène culture may have been introduced to Ireland. The La Tène were fierce Celtic warriors with chariots, cavalry and used warrior equipment such as large fighting spears, swords, and shields.

The Goidelic or Gaelic would be the last Celts to arrive in Ireland. These people came in two different groups the Connachta and then the Eóganachta. The Connachta tribe arrived and pushed their way to the Hill of Tara and sacked the Ernean king. They carved a new region between Ulster and Leinster and it became known as Meath (the 5th province). The Eóganachta tribe arrived more quietly than the previous Connachta tribe. The settled in Munster and gradually became more powerful and dominant in the province.

The Celtic culture in Ireland

When the Celtic culture did arrive in Ireland it brought a totally different and new culture, languages, art, technology, and beliefs. They had introduced using Iron for making tools and weapons but more importantly brought the sense of kingship, kingdoms, and power. They divided their lands up with each being ruled by different kings.

They also had a strong sense of honor, especially in battle. To be bold and show courage in a battle gave a Celtic man honor and a high reputation. However, unlike times to come in the future, in this Iron Age, it was the aristocracy who fought in the battle. Peasants and people of a lower class were not forced to fight or take part in battle, but to stay on their farming plots and act as slaves for their King.