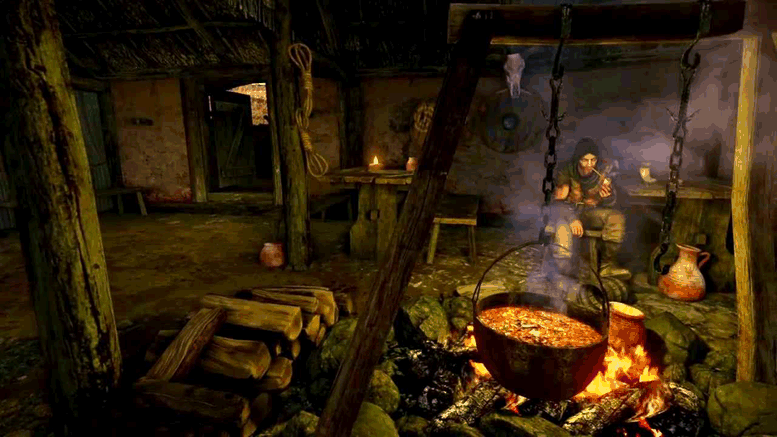 The Iron Age period in Ireland begins approximately 500BC after a new culture began to evolve and expand from east of central Europe. It’s people, warlike and mobile, were named, “ Keltoi ” by the Greeks and today we know them as the Celts.

The Celts were an Indo-European group and quite rapidly Celtic influence spread over much of Europe. They possessed the technology to work iron and as its a much stronger metal than bronze the Celts had a great advantage over their neighbors in battle.

The early half of the iron-age is known as the Hallstatt period after the town of that name where a large cemetery was discovered in 846 and the designs of the grave goods found are an indication of the extent of Celtic expansion at that time. Evolving out of the Halstatt culture came to the La Tène and this was to take Celtic influence and language from Anatolia in Turkey to Ireland in the west, from Danmark in the north to Iberia in the south.

The Celts in Ireland

In Ireland the first sign of Celtic influence in Ireland is usually dated between 800 BC and 400 BC (some would suggest an earlier date for the Celtic language) and is represented by carved stonework and worked metal but it is only from around 300BC that a distinctive Iron-age is recognized as having taken hold in Ireland, particularly in the northern half which would suggest that Antrim was the gateway for Celtic influence to enter Ireland.

It is reflected from the designs, in the La Tène style, that have been recovered. Whilst some of these rare artifacts are thought to have been imported from the continent (Ardnaglug collars, Roman coins, etc) others are indigenous.

Recognizable and distinctly Irish made objects of bronze and gold have been recovered from bogs and marshes. Many of the artifacts are parts of hoards and consist of items of personal adornment, ( Celts seemed to have a particular fondness for beautifully decorated torcs and broaches), weapons, tools, horse adornments, and feasting equipment.

The Broighter Hoard from County Derry (near Limavady), found by Tom Nicholl in 1896 is such a one. Made of gold it consists of a beautiful 18 cm boat complete with mast, oars, hook and grappling iron. There is also a beautiful hollow torc decorated in the La Tène style, two necklaces, a bowl, and two bar torcs. It is thought that these were votive offerings and are on view at the National Museum of Ireland.

Other Iron-age artifacts removed from the bogs include leather shields, remains of wheeled vehicles, horse bits and yokes, scabbards and pieces of clothing made from leather, hide and wool, cauldrons and bog-butter. There are also several finds of a more gruesome nature that are the remains of a human sacrificed preserved by the bog.

Life in Ireland before Christianity

Prior to the arrival of Christianity in Ireland, the Irish, like all the other Celtic peoples, left no written history, so we are dependent upon oral history as to what life was like in Irish iron-age society.

One such history is the tale of “ The Cattle Raid of Cooley (An Táin Bó Cúalnge), which tells of a dispute by Maebh of Connaught and her husband Ailill against the king of Ulster who owns a bull Donn Cúalnge. Maebh wants the bull for herself and she invades Ulster in order to get it but is opposed by the young champion Cú Chulainn. An epic tale depicts a warlike tribal society.

Other tales such as those concerning the Red Branch Knights, the Fianna Éireann and the Cycle of the Kings. Reflecting these stories, we have throughout Ireland innumerable raths, ring forts, crannogs and duns that have their origins in the iron-age. It was a time of war and a time of gods.

These pre-Christian Celts believed in many gods, such as the Dagda who was a protector and that owns a huge cauldron that never emptied, then there was the Great Queen of battle and strife or Lugh of the spear. There were many pagan gods in Ireland and they would have had their counterparts in Britain Gaul etc.

For written word on the Irish stone-age, we must rely on Roman and Greek writers. The Roman Tacitus, 1st Cent AD, wrote of a planned invasion of Ireland by Agricola, at the invite of an Irish King who had been forced to flee his throne.

Claudius (Ptolemy) Ptolemaeus described Ireland in 150 AD by naming geographical features, settlements along the coast and names of some of the tribes such as the Volunti who seem to be the Ulaid, and the Lagini from whom the provinces of Ulster and Leinster would take their names.