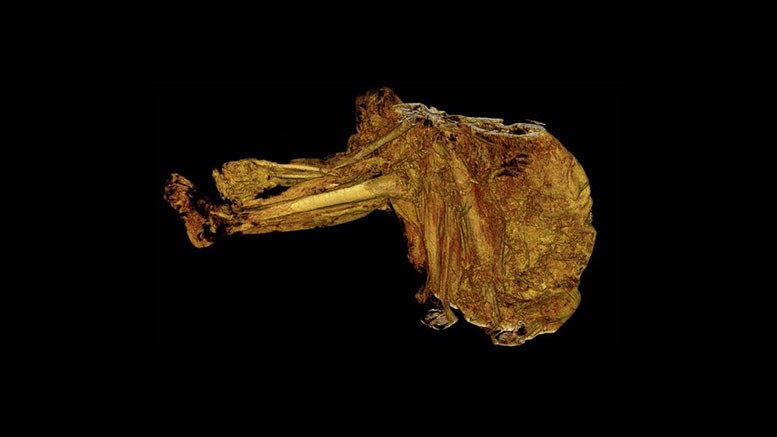 The Cashel Man is a bog body discovered in Ireland in August 2011. He is the oldest fleshed bog body to have been found anywhere and yields a radiocarbon date of BC 2141-1960. The Cashel Man met a violent death and may have been sacrificed as part of a ritual.

The discovery of Cashel Man

The discovery of the bog body was made by Jason Phelan of Bord na Mona while operating machinery in Cashel bog, County Laois. Unknown to Phelan at the time, the preserved body he discovered was one of the oldest ever found.

As Phelan operated the machinery he spotted a triangular object protruding from the surface. When he moved the object two legs came up from the bog. The National Museum of Ireland attended to the discovery along with State Pathologist Marie Cassidy. The State Pathologist could determine the blades from the milling machine sliced into the chest of the body.

The body lying on its right in a crouched position. The head was missing and the torso was badly damaged from being compressed in the bog for so long.
A CT scan of the remains showed the man’s legs were drawn up to his chest and his hands clasped around them. Two hazel rods were also discovered suggesting his death may have been part of a ritual.

The death of the Cashel Man

Known to have died in the Early Bronze Age the Cashel Man was aged between 20 – 25 years old. Wounds on his body suggest he was a victim of an attacked and placed on the bog surface in a pool.
The CT scan revealed a clean break to his right arm that could only have happened near his time of death. The State Pathologist believes this is evidence that Cashel Man was a victim of an attack. However, the head, neck, and chest were badly damaged by the milling machine.

The Cashel Man may have been sacrificed like other bog bodies that were dated from the Iron Age Period such as the Clonycavan Man.  Victims of such sacrifices were of high social status, such as kings, who may have been killed as part of a Kingship ritual. Cashel Man was found near the inauguration site for the Kings of Laois, a location where Kings were crowned and removed in rituals.