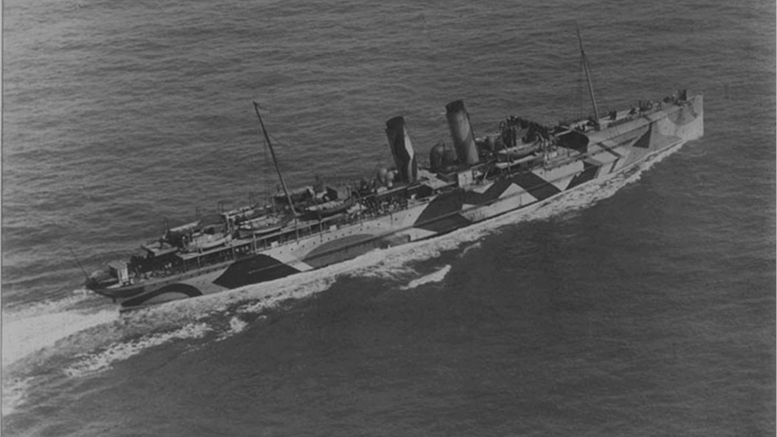 On 10 October 1918, the RMS Leinster set sail from Carlisle Pier, Kingstown (now called Dún Laoghaire) in County Dublin bound for Holyhead in Wales. The ship was torpedoed by the German UB-123 submarine making it the biggest loss of life in the Irish sea.

The passengers & crew of RMS Leinster The crew of the RMS Leinster

The R.M.S Leinster was a 378 ft long Steamship owned by City of Dublin Steam Packet Company and commanded by William Birch from Dublin.

The ship was carrying 694 passengers and an Irish crew of 77. It was mainly carrying military personnel from Ireland, Britain, United States, Canada, Australian and New Zealand who were either going on leave or coming back from leave. There were civilian passengers of men, women, and children on board along with 22 members of An Post (Ireland’s postal service).

As the RMS Leinster set sail shortly before 9 am the weather was clear, although seas were rough from a previous storm front. An hour later the ship reached 16 miles from the Irish coast when passengers on its deck noticed a torpedo approaching the port side that missed and passed in front of the ship. Another torpedo was spotted and this time struck the port side of the ship causing a large explosion to rip a hole on the starboard side.

With orders from Captain Birch, the ship turned 180 degrees in an attempt to turn back to Ireland. The ship was able to continue but was sinking. The lifeboats were launched into the rough sea and at that point another torpedo struck the ship blowing it into pieces, most likely killing any of the remaining passengers or crew.

More people died trying to survive the rough seas whilst waiting for rescue ships that arrived a short time later. When the surviving passengers were brought to shore to Kingstown the injured were transferred to several hospitals across Dublin with the uninjured taken to hotels and guesthouses.

The biggest loss of life in the Irish Sea

For days later bodies were being retrieved from the sea and funerals were held all over Ireland. One hundred and forty-four people were buried at Grangegorman Military Cemetery in Dublin, others were transferred back home to Britain, Canada, and the United States. Click here for a list of causalities.

Eight days later the German UB-123 struck a mine in the North Sea Mine Barrage as it returned home. All those on-board were killed.

With over 500 killed in the sinking of the R.M.S Leinster, this was the biggest loss of life in the Irish sea.