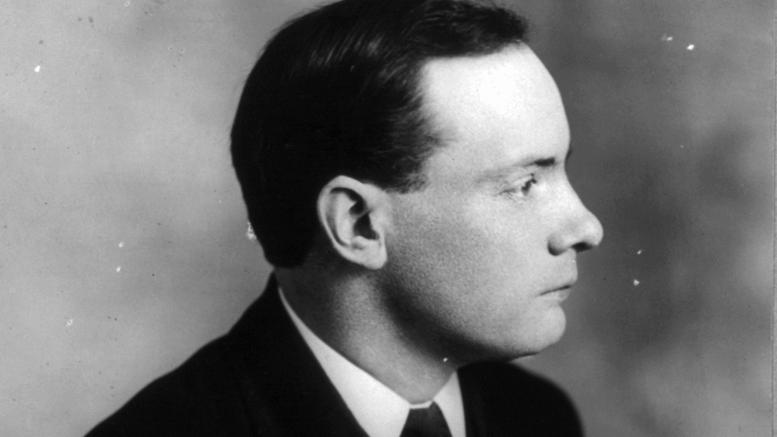 Patrick Pearse was born in Dublin on 10th November 1879 and whose full name is Patrick Henry Pearse or as probably preferred in Irish Pádraic Anraí Mac Piarais.

He spoke Irish from an early age and became a member of the Conradh na nGaeilge (Gaelic League) and by when he was at the age of 23 he became the editor for the league’s newspaper An Claidheamh Soluis which means The Sword of Light.

Pearse becomes a member of the IRB

He knew how important the Irish language was for the sake of the Irish identity in Ireland and elsewhere and had become a member of the Irish Republican Brotherhood (IRB) in 1914.

The IRB wanted the removal of British interests in Ireland and for a Republic to be established. Pádraig Pearse climbed the ranks of the Irish Republican Brotherhood because of his passion towards his Irish culture and determination to see a Republic.

President of the new Irish Republic

He was seated on the Supreme Council of the IRB in 1915 and who were the ones for the planning of the Irish Rising. He was appointed to become the president of new Irish Republic and would also be one the one who announced the Proclamation of the Irish Republic during the 1916 Easter Rising in Dublin.

The death of Padraig Pearse

With nearly a week of fighting with British forces, after the reading of the Proclamation, Padraig Pearse along with 14 Irish leaders, including James Connolly, surrendered to the British with each executed thereafter at Kilmainham Jail in Dublin.

Pádraig Anraí Mac Piarais was an Irish man who was proud of his identity; he was a teacher, a writer, a poet and a political activist with a crime of being a patriot of Ireland.

The Writings of Pádraig Pearse

I am come of the seed of the people, the people that sorrow,
That have no treasure but hope,
No riches laid up but a memory
Of an Ancient glory.
My mother bore me in bondage, in bondage my mother was born,
I am of the blood of serfs;
The children with whom I have played,
the men and women with whom I have eaten
Have had masters over them, have been under the lash of masters,
And, though gentle, have served churls;
Their hands that have touched mine,
the dear hands whose touch is familiar to me,
Have worn shameful manacles,
have been bitten at the wriest by manacles
Have grown hard with the manacles and the task-work of strangers.
I am flesh of the flesh of these lowly, I am bone of their bone,
I that have never submitted;
I that have a soul greater than the souls of my people’s masters
I that have vision and prophecy and the gift of fiery speech,
I that have spoken with God on the top of His holy hill.

And because I am of the people, I understand the people,
I am sorrowful with their sorrow, I am hungry with their desire:
My heart has been heavy with the grief of mothers,
My eyes have been wet with the tears of children,
I have yearned with old wistful men,
And laughed or cursed with young men,

And now I speak, being full of vision;
I speak to my people,
and I speak in my people’s name to the masters of my people.
I say to my people that they are holy, that they are august,
despite their chains,
That they are greater than those that hold them, and stronger and purer,
That they have but need of courage,
and to call on the name of their God,
God the unforgetting, the dear God that loves the peoples
For whom He died naked, suffering shame.
And I say to my people’s masters: Beware,
Beware of the thing that is coming,
beware of the risen people,
Who shall take what ye would not give.
Did ye think to conquer the people,
Or that Law is stronger than life and than men’s desire to be free?
We will try it out with you, ye that have harried and held,
Ye that have bullied and bribed,
tyrants, hypocrites, liars!