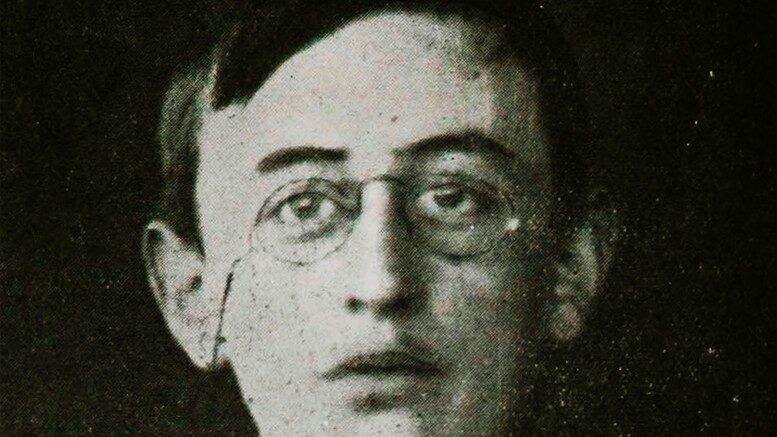 Joseph Plunkett was born into a wealthy Catholic family in the city of Dublin. In his early years, Joseph contracted tuberculosis and although he was taken abroad to the warmer climate of the Mediterranean, he was to suffer from the effects of the disease all his life.

His education reflected his privileged and religious background. He attended the Catholic University School and Belvedere College, a Jesuit institution in Dublin. Afterward, he went to another Jesuit institution, Stonyhurst College in Lancashire, England. It is reported that at Stonyhurst, Plunkett received some military knowledge from the Officers’ Training Corps.

Joseph Plunkett and the Gaelic League

Plunkett had a keen interest in Esperanto, an International auxiliary language, and was to become one of the founders of the Irish Esperanto League. However, he had also a very deep interest in all things Irish, including the Irish language. In furtherance of this, he joined the Gaelic League where he met and formed a life-long friendship with Thomas MacDonagh. These friends shared many interests such as a love of poetry and the theatre.

Very soon Plunkett’s nationalism steered him towards the Irish Volunteers and his fervor awakened the same ideals within his family, especially firing up his younger brothers George and John. His father, a papal count, even allowed the use of his property in Kimmage, south Dublin, to be used as a training ground for the young men who turned their back on conscription by the British Army to fight in World War 1. These men had the goal of fighting for their own country’s freedom from Britain.

In 1915 Plunkett joined the Irish Republican Brotherhood and was sent off to Germany to meet up with Roger Casement. The two men were to negotiate aid, particularly weaponry, from the German authorities to help with an uprising in Ireland.

Casement, who was not a member of the IRB was also endeavoring, not very successfully, to recruit a brigade of Irish prisoners of war that the Germans would train and repatriate to Ireland to fight against the British. Plunkett returned to Dublin when the Germans agreed to help and immediately started planning the uprising with other Irish leaders.

Joseph Plunkett and the 1916 Easter Rising

Plunkett was one of the original members of the Military Council for the IRB and was appointed Director of Military Planning for the uprising on Easter Sunday 1916.

Plunkett’s health was once again failing and he had to have an operation on his neck glands. However, he was not about to miss the coming fight forcing himself out of his recovery bed, still in bandages, to unite with his comrades to take his place in the General Post Office. His aide de camp was Michael Collins.

Plunkett’s younger brothers also participated in the rising and stood with him in the GPO. When the Proclamation of Independence was read out by Padraig Pearse in front of a confused crowd at the GPO it had been signed by seven men and Plunkett, at the age of 28, was the youngest of the signatories.

After fierce and bloody fighting which lasted for six days, the Commander in Chief of the rebels, Padraig Pearse, ordered the rebels to surrender. Plunkett, at the time, had escaped from the G.P.O. and was fighting in Moore Street. After the surrender, he was detained by the British in Kilmainham Gaol and on May 3rd, 1916 he was court-martialed to be condemned to death.

The execution of Joseph Plunkett

At 1:30 am on the 4th May 1916, in the jail chapel, guarded by a force of British soldiers, Plunkett married his fiancée, Grace Gifford. She was the sister of Muriel McDonagh, the wife Plunkett’s friend Thomas McDonagh who had been executed the day before. Their sister Nellie Gifford, was a member of Cumann na mBan and was present in the GPO. during the fighting.

Immediately after the ceremony Joseph and Grace were separated. A couple of hours later the couple was allowed to meet again for ten minutes (timed on a watch). Again, there were not given the courtesy of privacy but were guarded by a force of 15 armed soldiers.

One hour later, Plunkett was executed by firing squad with his final words being

He was killed alongside Edward Daly, Willy Pearse, and Michael O’ Hanrahan.