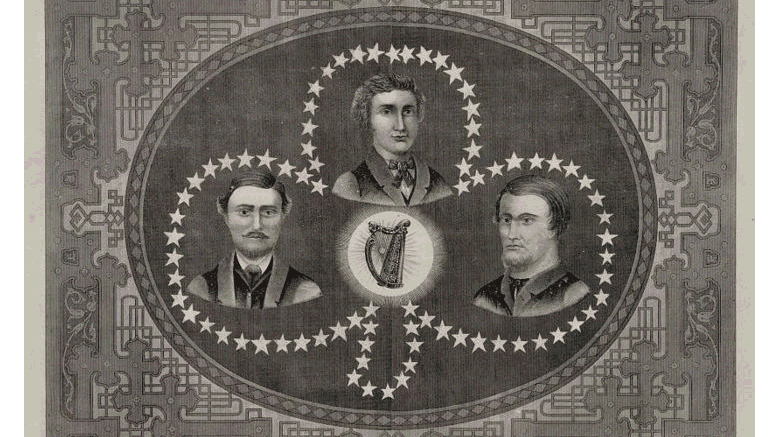 In the aftermath of the Fenian Rebellion of 1867, the British authorities proceeded to hunt down as many of the resurgent’s it could lay hands upon both in Ireland and in Britain.

The Chief Executive of the proclaimed Republic of Ireland, Colonel Thomas J. Kelly was captured in Manchester along with Captain Timothy Deasy another Fenian leader, as they tried to make their way back to Dublin.

Manchester police killed in the line of duty

In September of the same year, these two men were being transferred from prison to the court for trial when the prison van in which they were traveling was ambushed. Although it was accompanied by 12 mounted police the ambushers, numbering 40 men, were able to set Kelly and Deasy free. In the process of this operation, Police Sergeant Brett, who was in the van, refused to hand over the prisoners and was shot in the eye and killed. The mounted police fled the scene. Sergeant Brett was the first policeman in Manchester to be killed on duty.

The hunt for the Irish

An immediate hunt was set up for the capture of both the ambushers and the released prisoners. Kelly and Deasy managed to evade capture and reach New York. Police started to raid Irish homes and establishments in and around Manchester.

Many men were rounded up and questioned. It was reported that the police methods were very heavy-handed. Eventually, 5 men were arrested and charged with murder. They were Edward O’ Meagher Condon a 32 yr ex-Union soldier from the American civil war, who claimed to have masterminded the escape plan, Philip Larkin a tailor who was married and the father of 4 children. Michael O’ Brien aged 30, another veteran of the American civil war, William Allen a 19-year-old carpenter and an Irish Marine Thomas Maguire who was on leave and seemingly had no knowledge of the entire affair.

Executions of the Manchester Martyrs

At their trial, all of them denied firing the fatal shot. Indeed Larkin said that he forgave those who condemned him wrongly. All were found guilty and condemned to be hanged. Condon received a late reprieve as he was an American citizen and Maguire was granted a free pardon as there was no real evidence against him. Larkin, Allen and O’ Brien were hanged in public on 24 November 1867.

Their execution was performed by the most famous English hangman of the 19th Century known as William Calcraft who bungled the execution of O’ Brien and Larkin causing them much agony.