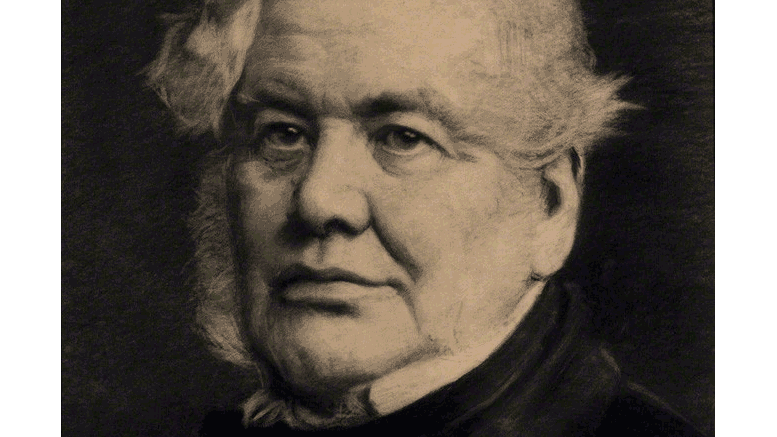 Isaac Butt was born in the Glenfin hamlet of Cloghan in County Donegal. His father was a Church of Ireland cleric in nearby the nearby town of Stranorlar. Educated at the Royal School in Raphoe and afterward in Trinity College, Dublin the young Butt was regarded as a brilliant academic.

In 1841 he joined the Bar and in 1852 became a Conservative MP. He held his seat until 1865. In his capacity as a lawyer, Butt put up brilliant defenses on behalf of Young Irelanders and Fenians.

Although born into an ascendency family, Butt became disenchanted with the Union in the aftermath of the Great Famine. He recognized that Ireland would be a much more prosperous place if the act of Union was repealed and that Ireland should have its own parliament. Towards this end, he threw himself into the fight for Home Rule.

In 1870 the Home Government Association was formed with the aim of ‘’full control over our domestic affairs’’. This association was made up of Conservatives disappointed by the disestablishment of the Church of Ireland, Fenians, and Liberals. In 1871 Butt was to become a Home Rule MP for Limerick.

In 1873 the Catholic Bishops of Ireland, disappointed by Gladstone’s Higher Education Bill also gave their support to the association which now began to call itself the Home Rule League. This had the effect of drawing more Catholics to the league but also saw a withdrawal of Protestant support. ‘’Home rule is Rome rule’’.

In the following year, during a general election, the league was to win 59 seats. Isaac Butt tried and failed to win amnesties for those involved in the Fenian Rebellion of 1867. He also failed to win fixity of tenure for tenant farmers and also his demands for Home Rule were rebuffed by the British Parliament.

Isaac Butt was in all ways a liberal person and soon found that the more forceful members of the league were gaining ground in its affairs, men such as the Belfast MP Joseph Biggar and Charles Stuart Parnell. Both men were major obstructionists in Parliament, repeatedly bogging down debates and bills within the House for many tedious hours.

In 1878, Butt was openly denounced by the Nationalist John Dillon when he requested Home Rule MPs not to obstruct a parliamentary debate on the war in Afghanistan. Dillon was supported by many Home Rule MPs and Butt recognized that his time as a leader in The Home Rule League was over.

At this time Butt was in ill health and in May 1879 he suffered a stroke. He died within the week and was buried in the cemetery of his father’s church in Stranorlar.

The establishment of Éire in 1937