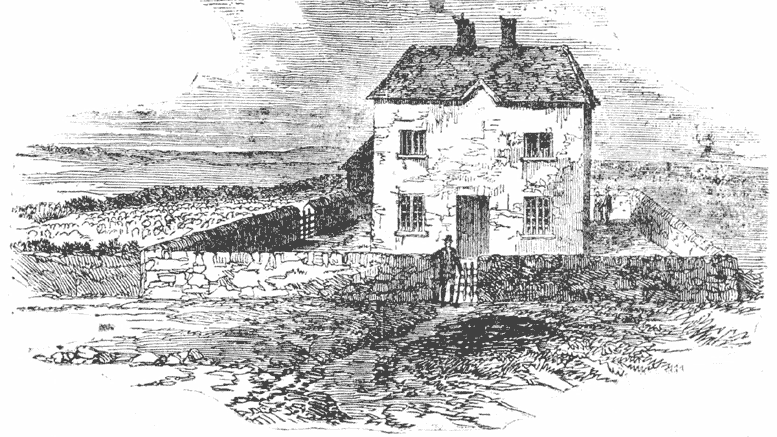 As Ireland struggled with the dire effects of the Great Famine, supporters of  Daniel O Connell had started to become disappointed by his failure to achieve real land reform, or self- government for Ireland, through peaceful methods.

Emboldened by revolutionary events and uprisings throughout Europe in 1848, members of the Young Ireland movement became more vocal in calling for military action against the British in Ireland.

In response, the Dublin authorities had Presbyterian solicitor, and revolutionary, John Mitchell from Banbridge, sentenced and transported to Tasmania for treason. Likewise, another Young Ireland leader, Charles Gavan Duffy along with many others were arrested and held in chains.

The flag of revolution was then raised by William Smith O’ Brien a Protestant MP from Limerick. Although he raised a force of up to 6000 men from Wexford Kilkenny and Tipperary, he could not provide them with enough food (famine was rampant in the land) or weapons to sustain a campaign. However, he was joined at Mullinahone in County Tipperary by Fermanagh man Terrence Bellew McManus and a group of 40 or more volunteers from Liverpool. Together they marched on Slievenamon.

When they reached the small town of Ballingary on Saturday, July 30th, they came in contact with a force of constables who took refuge in the cabin of a lady known as the Widow McCormack and her four children. O’ Brien and McManus secured the release of the family and demanded that the constables hand over their arms. When this was refused the rebels then started to stone the cottage. The constables replied by firing two volleys of shots, killing one man and wounding another. Dejected, the would-be revolutionaries fled from the scene.

O’ Brien was later apprehended at Thurles railway station and tried for high treason. He was found guilty and sentenced to be drawn, hanged, disemboweled and quartered, although the jury made a strong plea for mercy.

Parliament then passed an act which instead of death saw O’ Brien transported to Tasmania for life. As for McManus he was captured in Cork harbour trying to flee to America and likewise was transported to Tasmania along with fellow Young Irelanders Thomas Meagher and John Martin. The Tasmanian penal colony could not hold O’ Brien, Meagher and Mitchell and they eventually escaped to America.

This affair which came to be known as the Battle of Widow Mc Cormack’s Cabbage Patch may have heralded the end of the Young Ireland movement, but it was also the harbinger of a more militarist future in Ireland.