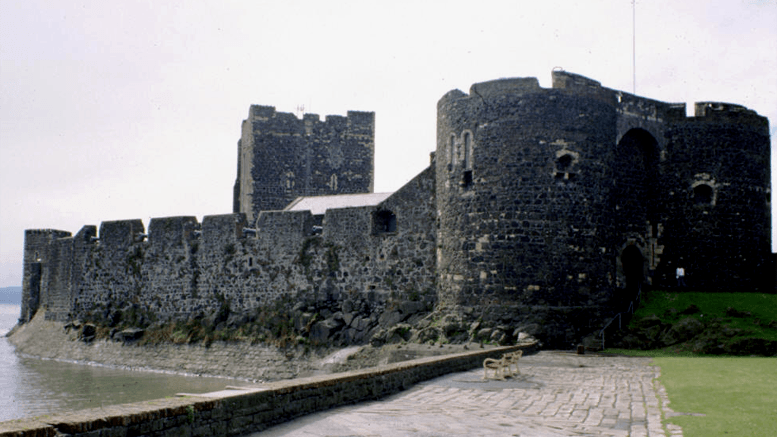 From 1756 to 1763 Europe became embroiled in what was to be called “The Seven Years War”. During this conflict, Great Britain in alliance with several Germanic States was at war with an alliance made up of France, Austria, Russia Saxony, and Sweden.

In January 1760, A French force, under the command of François Thurot, a privateer who, during the seven-year war, successfully preyed upon British shipping, appeared off the north Irish coast. It was his intention to obtain supplies for his force by sailing into the River Foyle to attack Derry, however, a gale blew up and pushed west into the Atlantic.

Thurot managed to get his supplies at Claggan Bay on the Isle of Islay and was also able to repair a broken rudder on his vessel Belle-Isle. It seems that the local Islanders were not hostile towards Thurot and his fleet.

On February 19th, Thurot resumed his mission and attacked shipping in the Firth of Clyde. Then on February 21st, he landed his force of approximately 600 men at Kilroot near Carrickfergus in County Antrim.

He managed to take the town and castle at Carrickfergus, his only opposition being a small badly armed defense group. In Carrickfergus, and from Belfast, the French managed to obtain supplies of food and extra warm clothing. The Silver from the Church of St Nicholas and the Warrant and jewels of the local Orange Lodge 207 were also looted. It is said that Commander Thurot had dined and lodged for one night with a local family.

The fate of Thurot’s French fleet

The weather was unsettled at the time so the French were unable to sail out of Belfast Lough into the Irish Sea for two days. By that time the British fleet was wise to the whereabouts of Thurot and his men. They caught up on him between Galloway and the Isle of Man.

Thurot, along with 160 of his men were killed in the ensuing battle. His body was thrown overboard but was later found on the shore near the Mull Of Galloway. He was buried with full military honors in Kirkmaiden by the local laird Sir William Maxwell.