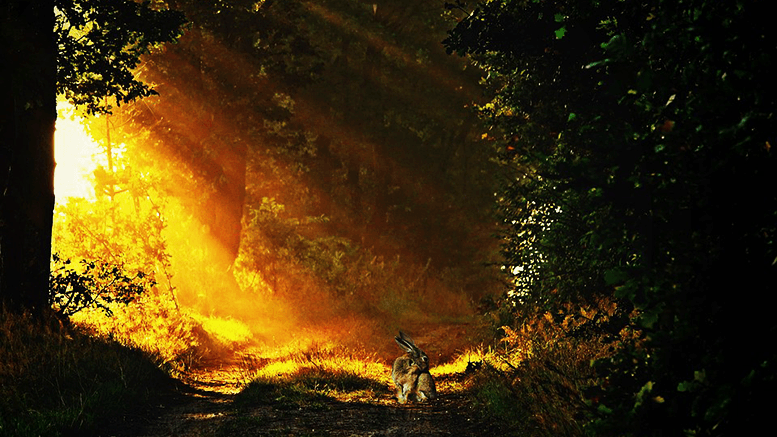 One of the old customs of May Day in Ireland was to protect your home and heard of cows from the Cailleachs (hags or old women). These old hags would steal butter, milk, and even cows in the early morning of May Day.

A popular Irish folklore story of the hags during May Day comes from a farm near the village of Glenamoy in County Mayo.

The May Day Hag in Mayo

An experienced farmer by the name of Jack Kelly became concerned for his herd of cows when they stopped producing milk. The cows seemed to be healthy, from what Kelly could see, but he called upon the local farming expert for his opinion. The expert performed a rigorous inspection of the herd but after a few hours confirmed the cows were healthy and he himself couldn’t determine why they wouldn’t produce milk.

Kelly met with neighboring farmers to find out if their herds had problems with milking, but none had such problems. It was then another farmer suggested for John to travel to the nearest monastery and ask the Friars for advice, after all, they too were experts in farming cows.

At a loss, John decided to travel to one of the monasteries and speak with the wisest Franciscan Friar he could find. He explained to the Friar how his cows refused to milk, yet they were healthy, and none of the other neighboring farmers had similar problems. The Friar thought for a few minutes and then asked John if there was an old woman living in any of the neighboring homes. John confirmed there was and one old woman was known locally to have magical powers. The Friar suggested to John to wake up early in the morning of May Day and go to his heard, if he was to see a hare suck the milk from the cow he was to not kill it but to injure it.

John went back to his farmhouse not sure what to think of what he was just told, why would a hare be sucking milk from a cow? He never heard of such a thing.

In the morning of May Day John got up earlier than usual to check on the cows. Armed with a gun, he went into the barn and discovered a big hare standing sucking the milk from one of the cows. John raised his gun and took aim, he fired off a shot and injured the hare who limped off out of the barn.

John returned to the monastery and told the Friar what had happened but he got the impression the Friar was expecting the news. The Friar then told him to return to the house of the old women who is known for her magic and from there he’ll know the truth.

The farmer made his way back again and stopped at the house of the old woman, there she sat at the fireside with an injured leg. It was apparent to the farmer that the old woman had changed into a hare to steal the milk from the cows and she had the same injuries he inflicted to the hare.

How to protect cows from the old hags

Meeting with the neighboring farmers again John told the story of the hare and the old woman. None of them seemed to be surprised and actually thought it made sense, to the surprise of John. They explained his run of bad luck was because he lacked protecting the herd from the Cailleachs so they advised him how he can protect his home and herd of cows.

Never take the herd of cows to pasture before noon in May Day, they told him. Decorate the cows with May Day flowers such as buttercups, marigolds, or primroses suggested one farmer and go to the local holy well in the early morning of May Day, retrieve holy water and bless the herd for protection said another. If John was to follow these customs he would protect the herd from the old hags in the area.