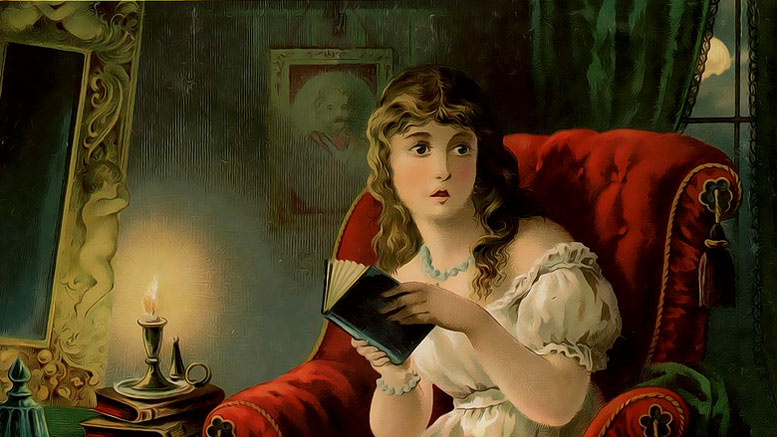 Not strictly an Irish folklore tale but as Mary Carrick did emigrate to America from Ireland. We decided this ghost story was worth including.

This story was told to Atlantic Monthly in August 1868 by Mr. H.A Willis, himself a witness to the following baffling yet sad events surrounding Mary Carrick. He entitled it ‘A Remarkable Case of Physical Phenomena.’

Not much is known about Mary Carrick other than she was a bright but illiterate healthy young woman who immigrated to America from Ireland in May 1867.

She quickly found work with the Wallis family and things went well for the first six weeks but then the bells in the kitchen began ringing. They rang at different intervals throughout the day even though no one was pulling the cords and they were three meters high up on the walls.

The Wallis family decided to disconnect the bells but they continued to ring but only if Mary was in the room or the room next door.

Then the ringing got worse more violent throughout the day and night. Banging and rapping started on the walls and windows, always close to the room where Mary was working. Mary herself could offer no explanation and actually became hysterical. Terrified of being sacked she pleaded with the Wallis family ‘Please don’t send me away.’

As Mary had just arrived from Ireland she was totally alone in America. She had no one to turn to so when some spiritualists heard about the events surrounding Mary it was the Wallis family who tried to protect her and would not admit the spiritualists to the house. Mr. Wallis believed that there must be some rational explanation for what was going on. He believed that the rapping noise etc must be caused by some sort of electrical phenomena. He even went as far as conducting experiments around Mary like placing glass insulators under her bed to see if an electrical current surrounded her, but they remained still while other objects moved around her. During these attacks, Mary would become unexplainably clairvoyant totally flummoxing Mr. Wallis.

The events in the Wallis household started to get more and more violent. Chairs tipped, crockery flew across the room, tables lifted into the air and then landed on their sides. A heavy stone washing slab lifted into the air and then shattered onto the floor. Then in August 1867 things came to a climax. The banging and rapping got more ferocious, pails of water tipped over, heavy furniture would fly across the room.

The Wallis family decided to send Mary away for a rest as she was nearing the point of collapse. Things in the Wallis household fell quiet for a while but as soon as Mary returned all hell broke loose again.

The breakdown of Mary

Happenings came to a head on the 12th of September 1867 when Mary suffered a breakdown and was taken to an asylum. She briefly tried to return to work for Wallis but decided to return to the asylum for her safety. It was here she quietly worked as a maid for the rest of her life.