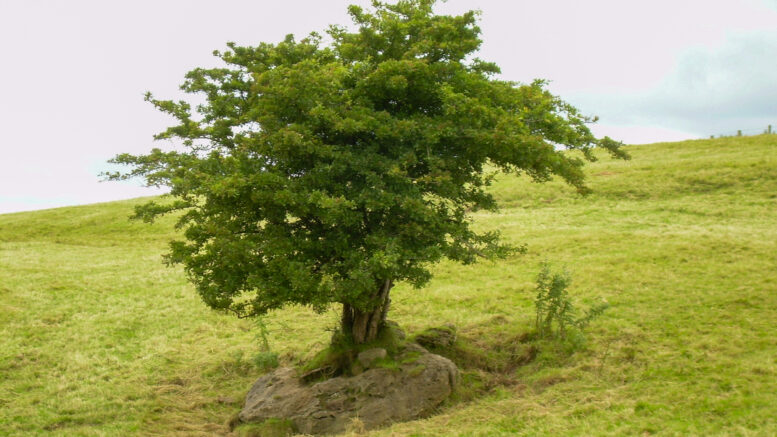 In Ireland, its believed fairy trees are the sacred grounds for the sídhe, the people of the mounds. The sídhe are known as the little people or the wee folk in Ireland and most often portrayed as fairies.

What is a fairy Tree?

A fairy tree is usually a Hawthorn tree or an Ash tree. They stand alone in fields and are commonly found with large stones circling its base, most likely to protect it. What’s mysterious about these large stones is how they came to be at the tree, the landowners wouldn’t dare disrupt the wee folk.

Ireland is a place with thousands of folklore stories and fairy trees are still commonly talked about to this day. Some believe these trees are the gateway between worlds for mortals and that of the faeries in the other-world. 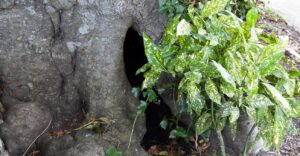 The gateway to the otherworld at the base of a fairy tree.

Irish Mythology is split into four different cycles with the Mythological Cycle describing how faeries (Sidhe)  moved to the other-world. When the Milesians or Gaels arrived in Ireland they took up a dispute with the Tuatha Dé Danann, children of the Goddess Danu.  The Tuatha Dé Danann retired underground and became known as the fairy people, sidhe, or the wee folk.

The wee folk had many entrances to the otherworld such as in burial mounds, underwater, and the base of Fairy trees. As you can imagine, these gateways are extremely important for the movement of the wee folk so they are heavily protected by magic. You wouldn’t be considered mad if you just so happened to spot a Pooka or Leprechaun at a Fairy tree. However, it may bring strange looks by the locals who prefer not to speak of such places.

With fairy trees being regarded as sacred sites for the wee folk there are many superstitions that surround them. As you’ve probably guessed, they involve magic and bad luck. Some believe if you damage or cut down one of these trees you’ll be faced with a life of bad luck.

It’s certainly common for farmers to work around these trees, even when they can’t grow crops where the tree stands. When traveling through Ireland you’ll often see a perfectly cultivated field and in the middle, an untouched fairy tree. Evidence of a farmer unwilling to risk his luck.

There are also many stories around Ireland of road works being delayed because Fairy trees would be in the path, workers would refuse to touch the tree. On most occasions, roads have been re-routed to by-pass the tree.

There are stories of the famous car manufacturer DeLorean may have failed due to chopping down such a tree. When they built their car manufacturing plant near Belfast the company was cursed with bad luck.