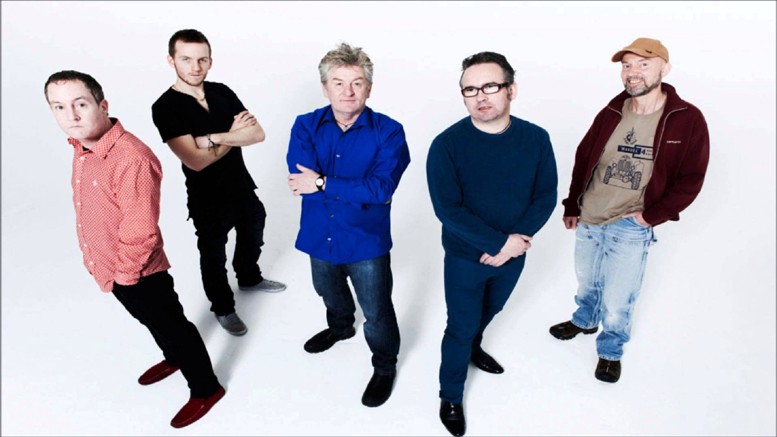 The Saw Doctors formed in 1986 and released fifteen albums. They have achieved nineteen top-thirty hits and are renowned worldwide for their energetic live performances. A line-up which has continuously vacillated over the decades. They’ve had a long successful career which continues to grow internationally.

The beginning of the Saw Doctors

Originally there were three members to the band when it was first formed in 1986, Leo Moran (founder), Davy Carton and Mary O’Connor. The trio hailed from Tuam, a town located to the north of Galway City. Within the first two initial years of finding their feet within the music scene, the Saw Doctors found themselves supporting other notable Irish musicians such as The Hothouse Flowers.

Mary O’Connor soon left the group which left Moran and Carton, who both had musical backgrounds and were in other bands previous to joining The Saw Doctors (this, in turn, may have opened a few doors a lot quicker than usually found in the music industry), with the task of finding replacements.

By 1989 they had released their first single N17, which was produced by the frontman of The Waterboys, another Irish music group. It, unfortunately, didn’t reach the charts on its initial release although it is recognized today as the band’s anthem thanks to their efficacious appearance at the Féile music festival in Thurles, County Tipperary in 1990.

1990 was to be a good year for The Saw Doctors as it also saw them receive their first number 1 hit with I Useta Lover, an energetic and uplifting song which would become Ireland’s all-time best selling single after staying nine weeks at number one.

By Christmas of 1990 ‘N17’ was at number 1 after being released after the triumph of ‘I Useta Lover.’ In 1991 they released their first album If This Is Rock and Roll, I Want My Old Job Back and their success continued as it hit the top of the charts in Ireland at number 1.

Top of the music charts

The Saw Doctors were now an established group in Ireland’s mainstream music industry and with the accomplishments over the previous two years, they then released their second album in 1992 entitled All the way from Tuam.

‘All The Way From Tuam’ seen them reach the charts again with another number 1 single entitled Hay Wrap. At this time, the group was under the management of Warner Music, however after ‘All The Way From Tuam’ was released they began a new venture on their own by launching Shamtown Records. It was after this bold move that they found quiet success in the UK music charts. Small Bit of Love became a top 30 hit and led the group to perform on BBC’s Top of the Pops.

The group worked on their third album. In 1996 they released Same Oul’ Town into the charts and peaked at number 6. There was a period after this however when The Saw Doctors went low key with the chart hits. It was around this time that the many changes to the group line up took place. Although there were many changes being made the band had a few successful tours in the UK and the US.  Today they still tour with great success and hold a fiercely loyal non-official fan-base.

In the next sixteen years, The Saw Doctors went on to release twelve more albums. 4 of the albums were compilations and 3 were recorded live. Playing large festivals in Ireland and the UK brought the group back into the mainstream music scene. In 2008 they were awarded the Meteor Irish Music Award Lifetime Achievement Award.

After performing the British girl band, Sugababe’s, About You Now live on television prior to the Award ceremony, the group decided to release it as a single after a lot of positive feedback and in October 2008 they reached number 1 in Ireland once again.

With Leo Moran and Davy being the only consistent band members, today The Saw Doctors consist of Kevin Duffy, Anthony Thistlethwaite, and Rickie O’Neill. They still give high energy and electric performances, singing many of their top hits to crowds all over the world.