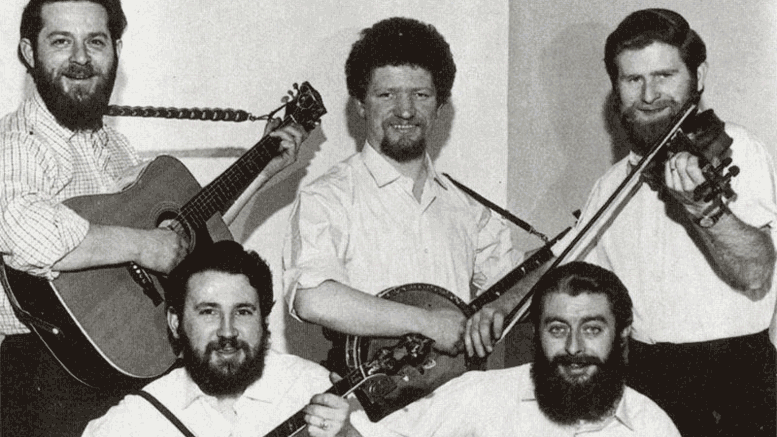 The Dubliners first formed in 1962. Since their formation, they have played many great songs and have become much loved all over the world.

Popular with performing such songs as Whiskey In The Jar, The Wild Rover, The Rocky Road To Dublin and many more. The Dubliners became famous worldwide and are one of the most influential Irish groups to come out of Ireland.

How The Dubliners Started

When the lads first played in O’Donoghue’s Pub in Dublin they were known as “The Ronnie Drew Ballad Group” in 1962 but decided on a name change to The Dubliners. Their new name was taken from the book by James Joyce called Dubliners which one of the members was reading at the time.

Like Christy Moore, the group would play regularly at O’Donoghue’s Pub in Dublin city center. It wasn’t until 1963 when they played the Edinburgh Festival that they became featured on the BBC. From there they won a contract with Transatlantic Records to create their first album, The Dubliners.  Ronnie Drew, Barney McKenna, Luke Kelly, and Ciarán Bourke recorded the album at  Livingston Recording Studios, London.

Over the span of 50 years, The Dubliners changed members with Barney McKenna being the only member still in the band by 2012. Sadly, Barney McKenna passed away in April of 2012.

Photos of The Dubliners – flickr.com

Videos of The Dubliners – YouTube.com