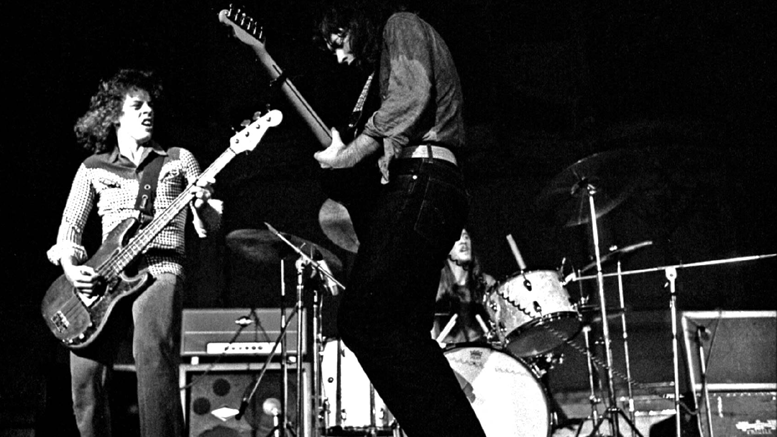 One of Ireland’s most famous and talented blues and rock musicians he was famed not only for his song-writing and vocals but he could play many instruments from the guitar to the saxophone.

He first found fame with his group, Taste, and had a string of hits in the mid-’60s. They broke up in the early ’70s and Rory went on to have a massive solo career.

A lethal mixture of alcohol and drugs affected his health over the years and by his final performance on the 10th January 1995 in the Netherlands, he was visibly ill. In fact, he needed a liver transplant, this was a success but just before he left the hospital he contracted the infectious condition MRSA and died on the 14th June 1995.

Rory Gallagher is buried in St. Oliver’s Cemetery, just outside Ballincollig, near Cork City and his headstone is a replica of the award he received in 1972 for International Guitarist of the Year. He is survived by his brother, Donal.

Every year, Ballyshannon hosts the Rory Gallagher International Tribute Festival when the whole town celebrates one of Ireland’s most famous sons.

“How does it feel to be the greatest guitarist in the world? I don’t know, go ask Rory Gallagher”. — Jimi Hendrix