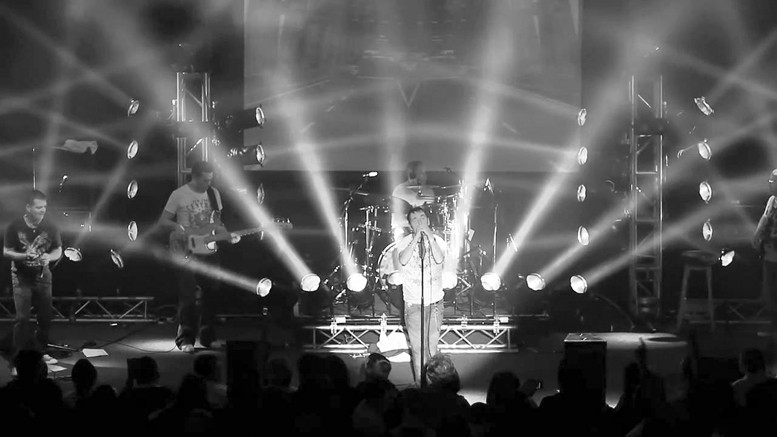 Aslan is an Irish rock group from Dublin who first formed in the 80s. They are not widely known outside of Ireland and have become known as one of our best-kept secrets.

The story of Aslan

Aslan came from the proletarian northside of Dublin after forming in the mid-1980s. Named after Aslan the lion in C.S Lewis children’s books they had almost instantaneous success. They released their demo single “This Is” in 1986 and sold-out gigs all over Dublin. Listeners of Ireland’s popular radio station, RTE 2FM, ensured that it became the longest play-listed track on Irish radio.

The quick success of Aslan

With the whirlwind success, the band began to get various invitations to perform on shows in the UK. All of which were enthusiastically received by both audience and critics alike.

The group was honored with The Stag/Hot Press ‘ Most Promising New Band ‘ award in 1986. This subsequently led to Aslan being signed by major record company EMI.

Two years later they released their debut album “Feel No Shame” going straight to number 1 in the Irish charts. The success of the band’s first album was fortified with it being declared Gold within a few months of release. An achievement only some artists dream of.

The abrupt end of Aslan

The band, relishing in their newfound success and fame, enjoyed life to the full. But unfortunately, it was to end abruptly. Just as they got the go-ahead for the second album in 1988 the group suddenly crashed. The media played on the scandals surrounding the group but it’s now known what happened. Lead singer, Christy Dignam, struggled publicly with drug addiction and this ultimately became too much for the band to continue.

Christy continued to perform as part of Dignam and Goff, the rest of the band continued as the Precious Stones. There was never any intention for the group to reform but a charity event in Dublin brought them together for a one-off performance.

The continued success of Aslan

In 1995 Aslan bounced back and almost immediately signed up by BMG with the intention of releasing music not only in Ireland but also the UK. A huge triumph it reached the top ten in the Irish music charts and remained there for months. The single went on to win the award for ‘Single of the Year’ in 1993’s Hot Press Awards.

Aslan spent the next year touring all over Ireland and recording ‘Goodbye Charlie Moon’ which eventually reached number one and once again became another Gold album under the belt for the band.

Success under the record label was short-lived for the group as in 1995 BMG ungraciously dropped the band and therefore the music was not released into the UK. However, much of a shock this was to the group it undeterred them. Fighting back they hit the studios and recorded Here Comes Lucy Jones. Going into the Irish chart at number 14 in 1997 they once again they had the hearts of the public. Giving recognition for their talent the public nominated them in a total of seven categories in the Hot Press Readers Poll in the same year.

In 1998 the written biography of the group ‘Aslan’s Crazy World’ was released and became a prompt bestseller. This was followed by a best-of album entitled ‘Shame About Lucy Moonhead’ which shot into the charts at number one and eventually turned double platinum. Aslan ended 1999 on a high by selling out the Point Theatre in Dublin; a massive achievement given that it is one of the most famous venues in Ireland.

2001 saw the band record the single ‘She’s so beautiful’ with Irish music icon Sinead O’Connor. The single with its almost bohemian- Indie sound went straight to number nine in the Irish charts, and their subsequent single ‘Different Man’ entered in at number seven. Christmas 2001 was when Aslan returned to the Point in Dublin, and once again sold out the 9000 capacity theatre thanks to their legion of loyal fans.

After a brief quiet spell, Aslan released The Platinum Collection, which was an assembly of all their work on one compilation in 2005, as proof of their longstanding and passionate fans it entered the chart at number three and received triple-platinum sales as a consequence. Over the next few years, the band experienced more chart success with ‘For Some Strange Reason’ and Aslan UNCASE’d.

Due to their previous success down under, the group toured Australia once again in 2010 and mirroring the preceding accomplishments they sold out various venues.

The band doesn’t stop when it comes music, proven with Christy Dignam’s own personal battles. He fought drug addiction for years but in late 2012 he took ill and was rushed to the hospital only to be later diagnosed with Amyloidosis, a very rare blood cancer.

A few months later a large collection of musicians gathered for A Night For Christy gig in the Olympia Theatre with Christy in attendance. U2 performed a cover of “This Is” videoed from New York and the other top musicians also performed a song each from Aslan’s collection. The night ended with Christy performing Crazy World.

The band celebrated their 30th anniversary with the release of their live album “30” recorded in the Olympia Theatre but due to Christy’s health, no gigs were played for the past year.

After two years of chemo treatment, the fantastic news of Christy’s remission quickly spread but that he also wanted to a play a gig. The Olympia Theatre was booked for the 30th May that sold out in 7 minutes with an extra night added. More dates were scheduled for the rest of the year giving with some selling out immediately including the famous Vicar Street venue.

In recent years Aslan’s success has not dwindled. They rely heavily on their large fan base which has proven to be one of the strongest in Ireland. Known as one of the most hard-working bands, Aslan has kept its passion and stamina since they formed. As the band’s motto goes “the Lion is still roaring”.